Gigabyte's Watch Dogs Legion redeeming form has listed multiple unannounced GeForce RTX graphics cards from the company. Some of these graphic cards weren't even announced by Nvidia, namely the 306S, 307S, and 308S ones, leading us to believe that Nvidia is already working on the Super/Ti RTX 30 series variants. 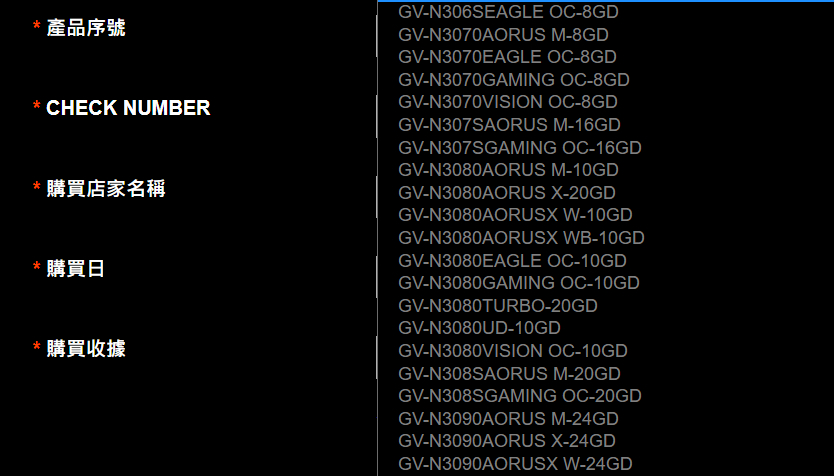 These specifications fit with the latest rumours regarding the yet-to-come RTX 30 series SKUs with 16GB and 20GB of VRAM, and the alleged 3060 Ti that will be shown in October. As per Gigabyte's website (via VideoCardz), the unannounced set of SKUs should be the Super or TI variants. The naming scheme isn't clear, as some sources claim that the new variants will be called Ti, while Gigabyte's product list shows a product code with the letter S (Super).

KitGuru says: Will you wait for Nvidia's next batch of RTX 30 series graphics cards before upgrading your GPU? Do you think AMD will be able to fight a possible wave of new products coming from Nvidia?

Previous J.K. Rowling not directly involved in the development of Hogwarts Legacy
Next PS5 launch titles will cost as much as $69.99