We love a bit of argy-bargy at KitGuru. There’s nothing quite like a couple of multi-billion dollar corporations slugging it out, toe-to-toe, for market share. Right now, it looks like the winner is going to be you, the KitGuru reader.

For our American cousins, argy-bargy is where everyone gets very hormonal – and that’s when things get interesting. AMD stirred the pot with the release of the  7870 Tahiti LE, alongside the 7790 launch and appointment of former nVidia global VP for GPU sales, Roy Taylor.

Now, it seems, Fiona Faulkner [nVidia’s queen of European sales – Ed] and her team are getting ready to wrestle in the mud.

Up and down the UK, resellers have been told that the up-coming launch of the ‘GTX655 Ti‘ will be preceded by a drop in price on standard/established nVidia stock.

Starting ‘very soon’, you can now pick up the following deals from nVidia partners, with the promise of more to follow in other areas:-

Get a complete list of the leaked pricing over here.

KitGuru says: Anyone looking for value for money just got a serious boost in the arm. With the 7850 cards as aggressive as they can be in light of a strong dollar – and the 7790 joining the action at just over the £100 mark, nVidia is confirming that it won’t go quietly into the night and certainly not without a fight. With warm weather around the corner, the market will constrict, and that’s when Roy and Fiona will find themselves locked in a deadly battle for market share. 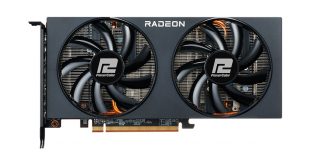