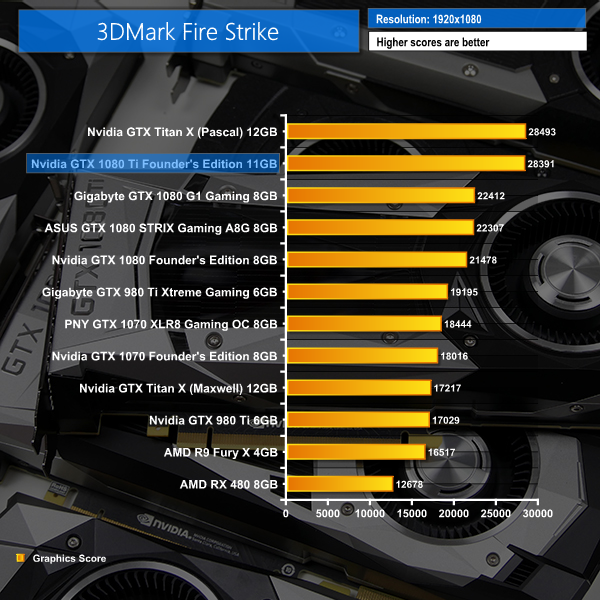 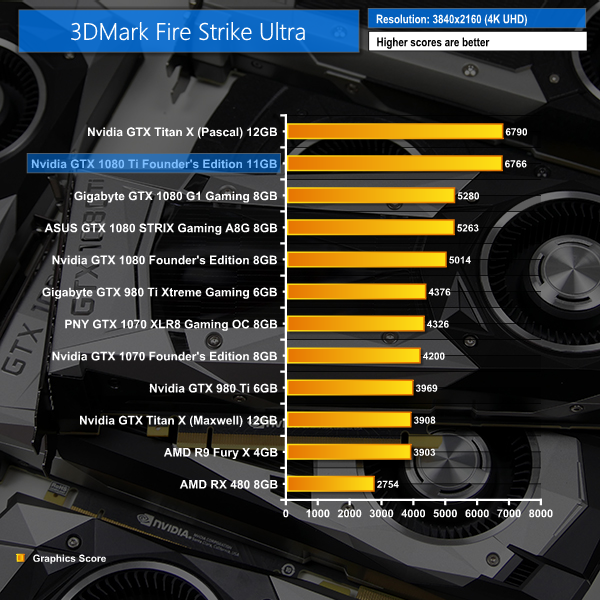 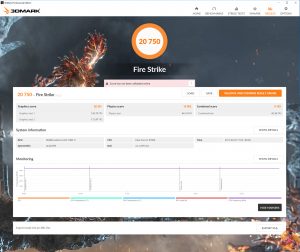 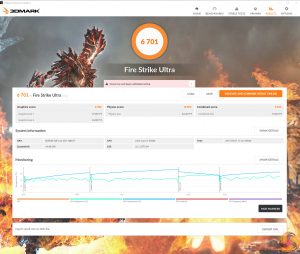 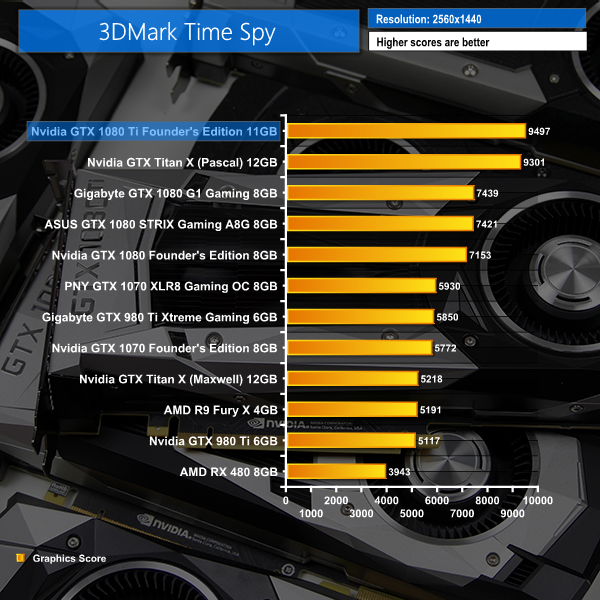 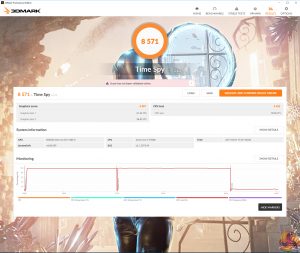 The GTX 1080 Ti Founder’s Edition makes a solid start in the FutureMark benchmarks. 3DMark’s Fire Strike tests place the new GP102-powered card slightly behind the Titan X Pascal due to the reduction in GPU on-chip components. Time Spy, however, shows preference for the higher clock speed of the GTX 1080 Ti and sees it sat at the top of the chart.

Whichever way you break it down, the performance differences between the GTX 1080 Ti FE and Titan XP are minor. In GTX 1080 Ti, you are basically getting Titan XP performance for £480 less, according to 3DMark.