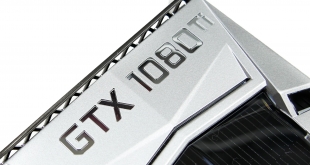 Nvidia's Titan X Pascal has been dominating at the top of GPU performance charts for a little over seven months, with the gap to the Santa Clara-based GPU maker's second-in-line GTX 1080 being a sizeable one. With AMD's high-end competitors still not available for public adoption, the enthusiast market is ready for a GTX 1080 Ti GPU to offer Titan X-like performance at a price point closer to that of a high-end offering, rather than an ultra-high-end (borderline silly-money) one.

Along comes the GTX 1080 Ti. Take the GP102 GPU used in a Titan X Pascal – chop off one twelfth of certain areas, bump up the core clock speed by 63MHz and you get the GTX 1080 Ti. Oh, and let's not forget a £480 price reduction thrown in for good measure. Of course, there's more to it than that basic overview. The cooler has been tweaked, power delivery components are changed, and you now get 11 Gigabytes of faster 11Gbps GDDR5X VRAM versus the Titan X Pascal's 12 Gigs of 10Gbps GDDR5X. Reading between the lines, the expectation of slightly higher performance than a Titan X Pascal, driven by a higher core clock and faster memory, for a £699 asking fee looks like a good proposition. 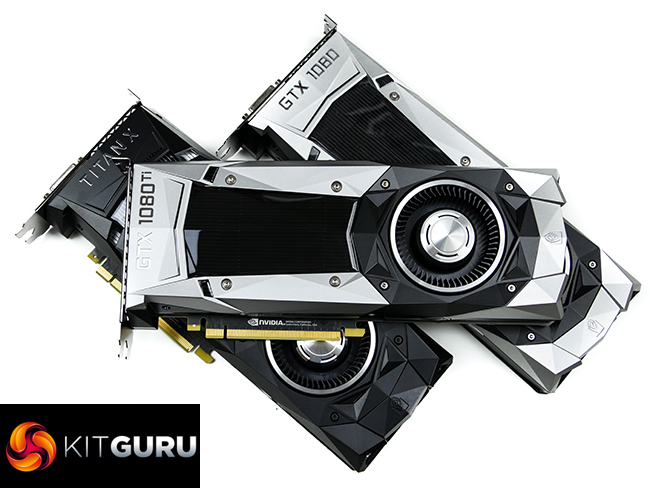 With Nvidia's announcement for the GTX 1080 Ti last week came a whole round of product stack shake-ups. Titan X Pascal said so-long, GTX 1080 got a $100 price shave which also pushed down GTX 1070 fees, and new GTX 1080 and GTX 1060 models with faster VRAM were shown to be inbound. ‘What was the driving force behind this series of changes?' I hear you asking. No, AMD hasn't released a new high-end – Vega – GPU (yet). Instead, it the was the promise of Titan X-level performance from the $699 GTX 1080 Ti.

If you have been craving a true 4K60 single-GPU solution and simply could not justify spending more than £1k on a Titan X Pascal, you may want to pay attention to the £699 GTX 1080 Ti (yes, UK punters will pay a straight dollar to pound amount). Nvidia is claiming that the new 11GB card delivers 35% higher performance than a GTX 1080, making it the GPU vendor's biggest leap for a Ti-branded card. Single-card high-resolution and high-refresh rate gaming looks to have been made more affordable. That's even before AMD has entered the market with Vega competition. Who'd have thought?

Nvidia is calling GTX 1080 Ti ‘the ultimate gamer GPU‘. Substantiating those claims is the application of the same 471mm2 GP102 GPU core found on the company's Titan X Pascal flagship consumer graphics card which is fabbed using a 16nm process. Nvidia adjusts the chip by disabling certain components which results in a one twelfth reduction to the number of ROPs, the amount of L2 cache, the associated memory bus width, and the quantity of VRAM. Those figures sit at 88 ROPs (vs Titan XP's 96), 2816 KB of L2 cache (vs Titan XP's 3072 KB), a 352-bit memory bus (vs Titan XP's 384-bit), and 11GB of GDDR5X VRAM (vs Titan XP's 12GB).

With a reduction in the number of on-chip components fighting for power and cooling comes headroom in the 250W TDP budget. Nvidia re-invests that TDP headroom by bumping the core clock up by 63MHz to 1480MHz which results in rated GPU Boost 3.0 frequency being improved by 61MHz to 1582MHz. This takes the GTX 1080 Ti's compute power to more than 11 TFLOPS.

Faster GDDR5X memory is also used. Compared to the Titan XP and its 10Gbps VRAM, the GTX 1080 Ti uses 11Gbps GDDR5X that Nvidia says it was able to achieve by working with DRAM partners to use advanced equalisation techniques, enhance signalling quality, and refine the data channel to the DRAM. The 10% increase in memory frequency versus Titan XP offsets GTX 1080 Ti's 8.3% reduction in bus width to give it greater memory bandwidth at 484GBps against Titan XP's 480GBps.

Compared to Titan XP, the GP102 implementation for GTX 1080 Ti retains the 28 Streaming Multiprocessor Units (SMUs), 3584 CUDA cores, and 224 Texture Units. It is a 12 Billion transistor, 471mm2 GPU fabbed on TSMC's 16nm process technology. The 250 W TDP commands 6-pin plus 8-pin PCIe power connectors and a cooling solution that can keep pace up to the 83°C default (user-adjustable) thermal throttling point of GPU Boost 3.0 (the GPU's thermal threshold is 91°C).

GTX 1080 Ti isn't quite GTX 1080-and-a-half, as Titan X Pascal could crudely be described. But it isn't far off that level of raw numerical data on the specification sheet, either. In return for a 70W (39%) increase in TDP versus GTX 1080 and a ~£200 higher price tag, adopters are returned with the promise of 35% higher performance at the GTX 1080 Ti Founder's Edition's operating specifications.

For more details on the technologies found in Nvidia's Pascal-based graphics cards, please read our launch review of the GTX 1080 HERE.

Nvidia rates the GTX 1080 Ti Founder's Edition Boost frequency at 1582MHz. During our testing, we observed GPU Boost 3.0 taking the core speed as high as around 1860MHz before either power- or thermal-induced throttling kicked in. We will not be surprised to see after-market, custom-cooled, factory-overclocked cards from board partners hitting more than 1900MHz in gaming usage out-of-the-box.