Tonight during AMD’s Next Horizon event at E3, the company officially unveiled its first two graphics cards powered by the RDNA architecture. Previously teased at Computex last month, the RX 5700 and RX 5700XT are launching in July alongside 3rd Gen Ryzen processors.

Both the RX 5700 and the XT variant are built on the 7nm process. Navi is the GPU codename, while RDNA is the brand new architecture that will take over from GCN. With this new architecture, AMD can achieve higher performance per watt and deliver 25 percent more performance per Compute Unit at the same clock speeds. Scalability is another major factor with RDNA, providing enough room to scale all the way down for mobile and back up for gaming and data centres. 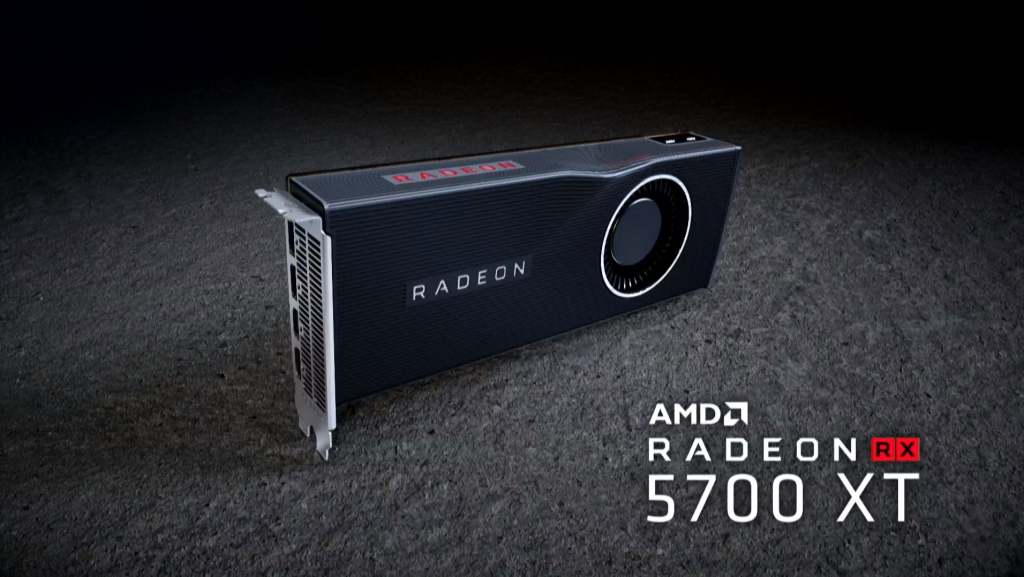 The Radeon RX 5700 XT will be launching with a $449 MSRP, while the RX 5700 will be $379. We don’t have exact UK pricing numbers yet but we expect to hear more on that soon. We attended AMD’s media tech day this weekend, so we will be able to share more technical details on RDNA and the RX 5700 series soon.

KitGuru Says: These two graphics cards will be with us in just under one month’s time. July is shaping up to be huge for AMD, with an all new GPU architecture and Zen 2 CPUs all rolling out at once. Are any of you planning on upgrading?