There has been a barrage of AMD news over the last 24 hours, ranging from Ryzen Threadripper to RX Vega. Now that AMD’s next graphics card has finally launched, third-party board partners are starting to show off their own versions. ASUS is the first to show off its own custom card, announcing the Strix RX Vega 64, featuring the tried and true triple fan cooler.

The Strix RX Vega 64 is as you would expect, packed with ROG features, including MaxContact, which uses an enhanced copper heat-spreader that provides ten times flatter surface and twice as much contact area with the GPU compared to traditional heat spreaders. The idea is that this should result in quicker heat transfer, which when paired with massive heatsink and three 0dB fans, should result in much lower temperatures compared to a reference air cooler. 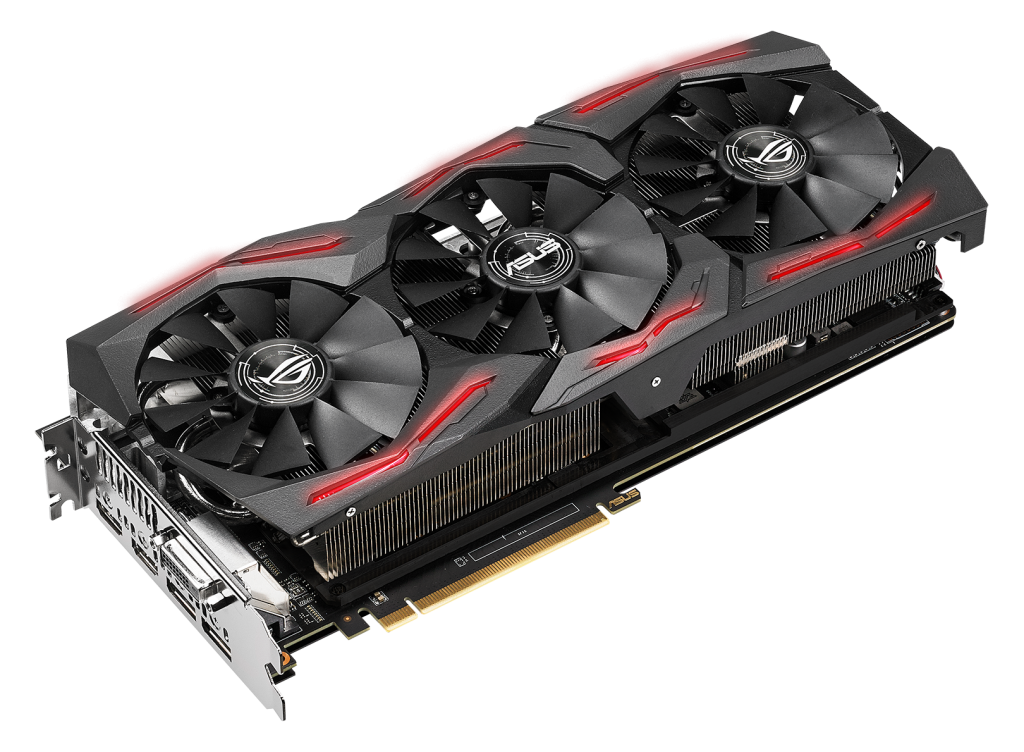 ASUS is still using a 100 percent automated production process for its GPUs, an industry-first that helps the company ensure a specific standard of quality and longevity. According to the company’s own numbers, switching to this process has improved its GPU reliability by 30 percent while also being more environmentally friendly by eliminating harsh chemicals and reducing power consumption.

Unfortunately, specific clock speeds aren’t listed but we do know that the reference air cooled RX Vega comes with a base clock 1247MHz and a boost of 1546MHz. Meanwhile, the RX Vega Water Cooled edition can boost up to 1677MHz. Typically, the ROG Strix GPU cooler is strong, so I expect we’ll see pretty good out of the box speeds with some headroom left over for those who like to overclock themselves. As far as connectivity goes, the Strix RX Vega 64 comes with two HDMI 2.0 ports, two DisplayPort 1.4 ports and one DVI-D port.

The ROG Strix RX Vega 64 will be available worldwide from some time in September. Pricing is still TBD but if you want to get your hands on Vega a little earlier, then the liquid cooled edition will be available from the 14th of August.

KitGuru Says: The ASUS ROG graphics cards are usually solid, though they do tend to be on the more expensive side. Are any of you planning on picking up an RX Vega? Are you going to be holding out for custom cooled cards like this one, or will you be going with a reference design model?