Over the last couple of weeks, leaks surrounding the RX 5600 XT have been picking up, including benchmark results and spec listings from board partner websites. The last leak came from a product page on ASRock’s website that went live a bit too early and now it looks like XFX has made a similar mistake, with the RX 5600 XT Thicc II Pro breaking cover.

The page on XFX’s website has since been taken offline but of course, eagle-eyed viewers were quick to spot the page and jot down the details. Videocardz also managed to obtain a few images of the GPU, which shows off the revised XFX Thicc cooler, which ran into some issues in the initial RX 5700 XT model. 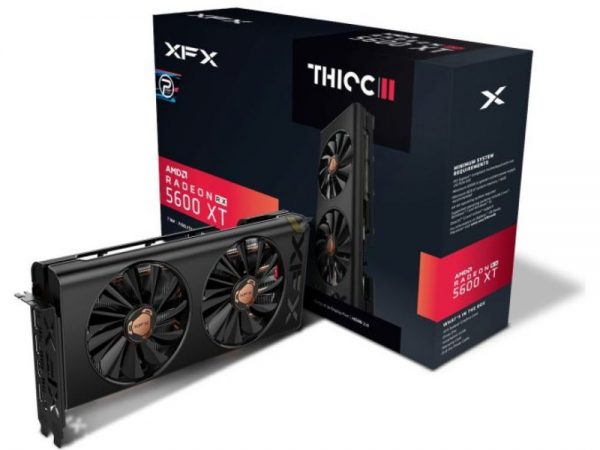 At this point, it seems that an RX 5600 XT announcement at CES is a certainty, so we’ll be keeping an eye out next week for more official details.

KitGuru Says: We still need to see pricing and independent benchmarks before we can truly judge the RX 5600 XT but so far, it looks like we can expect plenty of custom versions from board partners. Are any of you considering an AMD GPU upgrade over the next few months?