While the bulk of Nvidia’s RTX 20-series launch event centered around real-time ray-tracing, many of us were left wondering about regular performance. During the conference, we didn’t really get any standard benchmarking numbers, which has led to some concern. That changed last night as Nvidia has now released its own 4K benchmark results for a number of games.

As part of yesterday’s ‘Editors Day’ at Gamescom, Nvidia revealed 4K performance numbers for current games, free of any fancy RTX effects. The benchmark slides focus on the RTX 2080 rather than the 2080Ti and according to Nvidia’s own results, the GPU is capable of 4K/60 across the board: 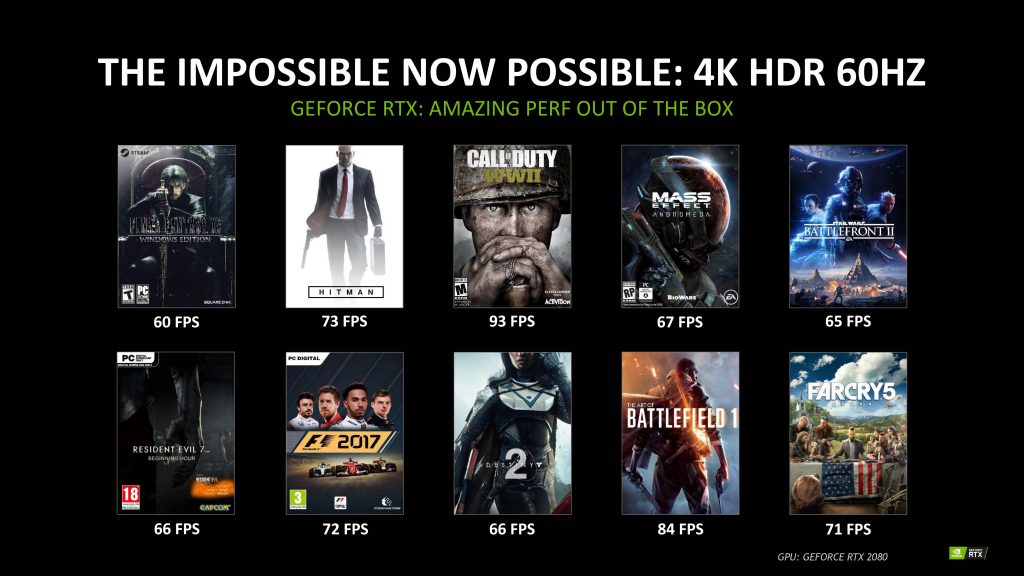 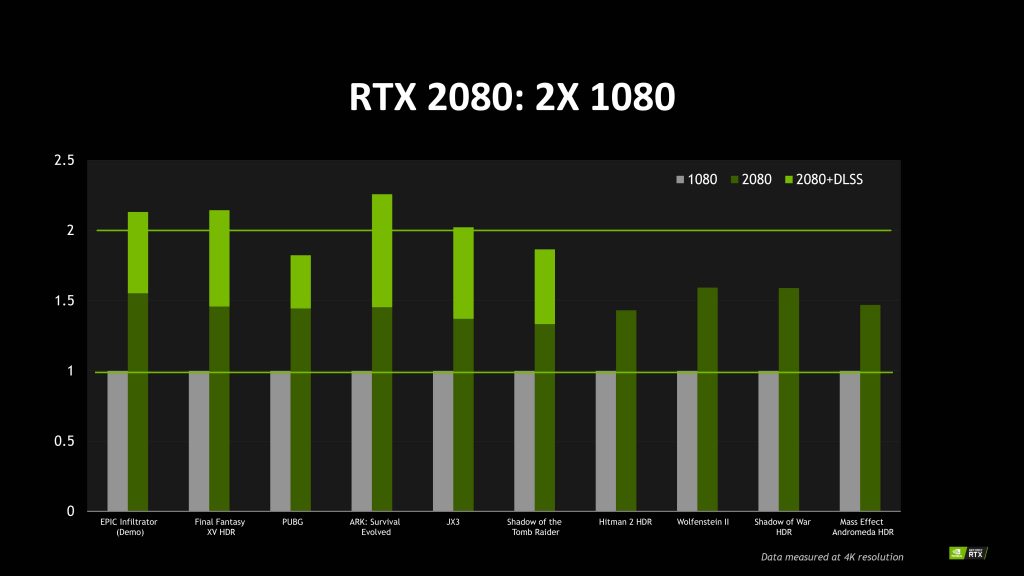 Unfortunately, we don’t know what settings these games were running at to achieve these results. With that in mind, take the information with a grain of salt as we still await third-party benchmarks to validate these claims.

KitGuru Says; A lot of time has been spent focussing on ray-tracing specifically but I am most interested in seeing standard performance results like this. We still need to await independent reviews but so far, it looks like 4K/60 might finally be possible on a single GPU.