Today at Computex, Nvidia announced the RTX 3080 Ti and RTX 3070 Ti graphics cards. Alongside these new GPUs, the company also announced a number of games getting RTX feature support, including the likes of Doom Eternal, Red Dead Redemption 2 and Rainbow Six Siege.

This follows on from rumours that ray-tracing would be announced for Doom Eternal. Sure enough, id Software has brought ray-traced reflections to the game, as well as Nvidia DLSS to save on performance. In a gameplay video, we can see the RTX 3080 Ti averaging over 60 frames per second with ray-tracing on and DLSS off at 4K resolution, switching DLSS on will enable even higher performance. 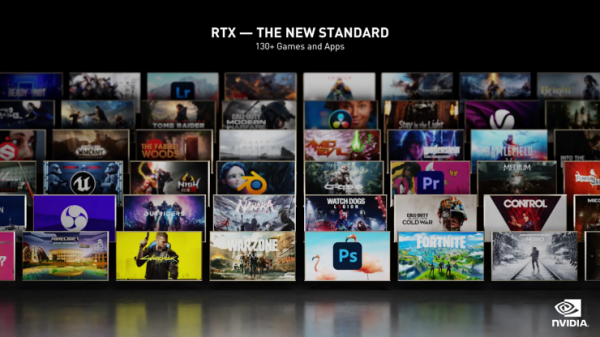 Red Dead Redemption 2 is also getting an RTX update this year, with the PC version soon getting DLSS. Rockstar's western epic is a demanding game on PC systems, so the inclusion of DLSS will allow RTX GPU owners to crank settings up further and play at higher frame rates. Ubisoft's popular shooter, Rainbow Six Siege, is also getting DLSS soon.

Other games getting ray-tracing and DLSS include Icarus, DYING: 1983, The Ascent and The Persistence.

KitGuru Says: There are now over 130 games and applications supporting Nvidia's RTX features, a list that should continue to grow in the second half of 2021.