Back in January, Nvidia announced that it would be updating its GPU drivers to support FreeSync displays under the new ‘G-Sync Compatible’ initiative. This means that Nvidia GPU users can switch G-Sync on using any adaptive sync display, although there is a verification program in place to highlight the monitors that supposedly work the best without the proprietary G-Sync module. The official list of verified monitors has grown again this week, adding displays from Acer, Gigabyte, LG and ASUS.

While you can switch on ‘G-Sync’ with any adaptive sync display through the driver, monitors that are officially verified by Nvidia will switch G-Sync on automatically. The list started off with 12 monitors from the likes of ASUS, Acer, AOC and BenQ. Thanks to new GeForce driver updates, that list has continued to expand over the months. Today, a new GeForce driver will drop, adding in support for a few more monitors. 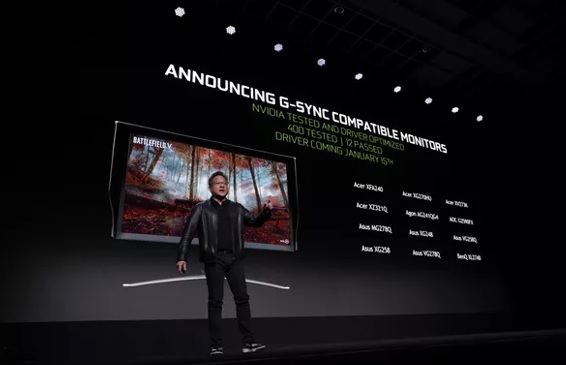 We expect more monitors to be added to this list over the course of the year. Meanwhile, upcoming monitors may start to arrive with ‘G-Sync Compatible’ verification from launch.

KitGuru Says: Do any of you currently own an Nvidia GPU and a FreeSync display? How have you found the ‘G-Sync’ experience with it so far?

Previous After many years, BBM is shutting down for good
Next ASUS ROG announces trio of new Strix gaming laptops