RX Vega has been out on the market in reference form for months now, but it has taken a while for third-party board partners to roll out custom versions. ASUS was the first with its Vega Strix model. Since then, we have seen that XFX is working on one of its own and now PowerColor is also joining the race with an RX Vega 64 Red Devil card.

Videocardz managed to get the exclusive on this one, showing off the Red Devil card in all of its glory. This version of the RX Vega 64 has three fans mounted onto a huge heatsink covering the entire PCB. The PCB in this case stretches across the full length of the card, rather than being extended by additional material. 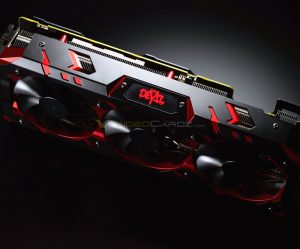 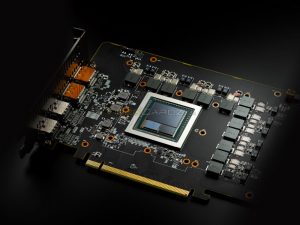 The PCB hasn’t changed much over the reference design. The report notes that the same number of V-core phases are used and connectivity options have been changed to include two DisplayPorts and two HDMI ports. The PCB is also slightly wider than the reference version to accommodate the big cooler.

Pricing and availability information is still up in the air but apparently, we should see this card launch in early December.

KitGuru Says: The PowerColor Red Devil cards have always been pretty solid and it looks like this won’t be an exception. It will certainly be interesting to see how far Vega 64 can be pushed with such a massive cooler mounted on to it.

Previous Apple pushes back HomePod release date, will now arrive in ‘early 2018’
Next Facebook is missing the option to delete posts on desktop