RX Vega 64 launch prices have quickly risen across the board

Yesterday, we finally got to see the launch of AMD’s latest flagship graphics card, the RX Vega 64. This particular card is a competitive match up against the GTX 1080 and AMD’s MSRP reflected that, with a suggested $499 price for the black reference cooler model. Unfortunately over the last 24 hours, that suggested price has apparently been thrown out the window, with the majority of air-cooled reference cards sitting at around the £599 mark instead, with just a few sitting at £550. 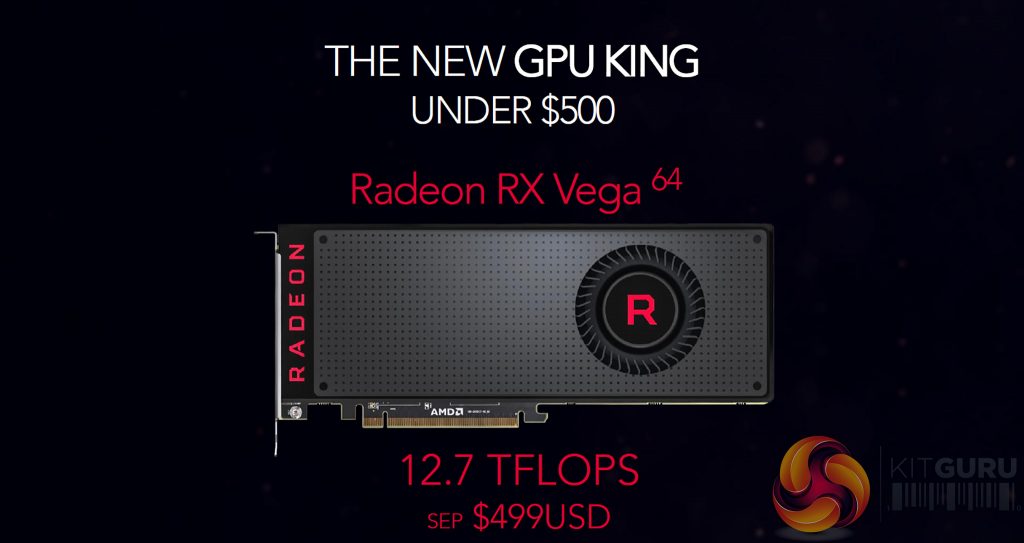 We checked out several UK retailers for RX Vega 64 prices, with Scan, CCL Online, Overclockers UK and Aria all listing prices much higher than we were expecting. Here are the cheapest prices we could find at each retailer today, the day after launch:

Each of those cards were the black reference cooler version of the RX Vega 64 and not the more expensive ‘limited edition’ version with the silver cooler. While the prices listed above are the cheapest we could find, for the most part, RX Vega 64 cards are being listed for £599, with a few cards on Scan going even higher to £611. All pricing is subject to change in the future but at the time of writing, these are the prices we managed to uncover.

UPDATE: We have since been given reason to believe that AMD did have a hand in the Vega64 price change. You can read our updated report HERE.

With reference cards going as high as £599, it does make you wonder how expensive third-party custom cooled versions are going to be. You can find our RX Vega 64 (Air) review, HERE.

KitGuru Says: It’s safe to say that RX Vega 64 pricing is significantly higher than we were expecting, particularly for reference model cards. Have any of you managed to order an RX Vega GPU yet? What do you think of the current retail pricing?