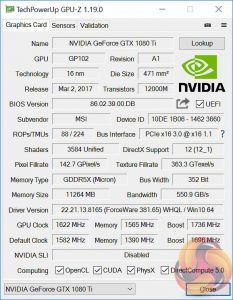 Overclocking seems to be GPU-limited because even if the final base and boost clocks differ, as recorded in GPU-Z, most GTX 1080 Tis still tend to top out around 2,050 MHz effective on the GPU core. MSI’s main performance advantage was that the memory was that little bit more capable, able to push +700MHz in Afterburner rather than 400-500 on most other GTX 1080 Tis.

Under LN2 mode there would almost certainly be more potential there to unlock but for the remit of this review LN2 is not an option. 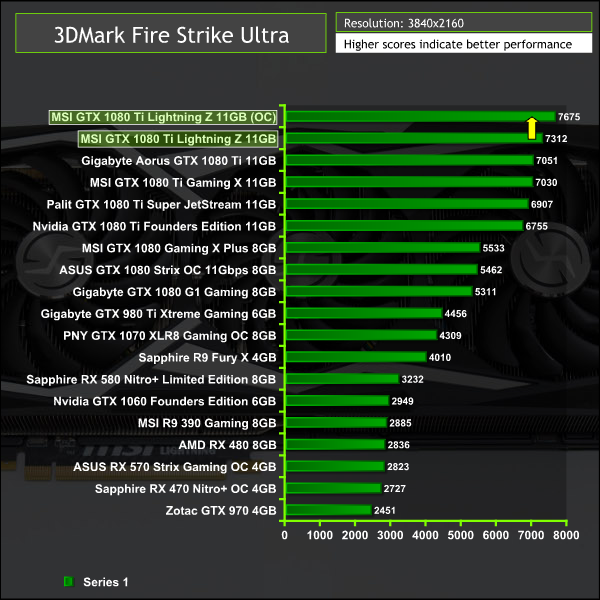 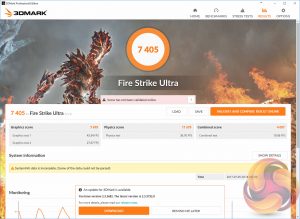 The effective performance gain was a modest 5 per cent.