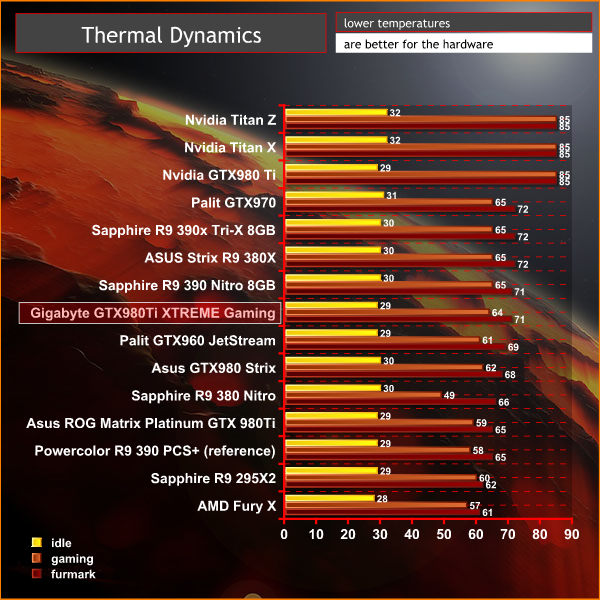 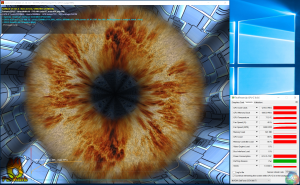 The triple fan cooler performs well, holding gaming temperatures at 64c in our environment. Surprisingly, the cooler doesn't perform at the same level as the dual fan cooling system fitted to the Asus ROG Matrix Platinum GTX980 Ti. The core on the ASUS ROG card runs at 5c less at all times. 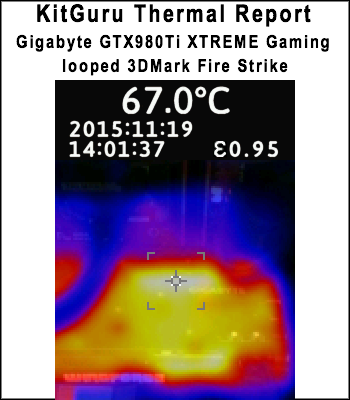 The backplate works very well, leveling out the PCB temperatures. Most of the backplate is running at around 60c under load, however there are a couple of hotspots close to the heatsink areas – peaking at 67c. Still very impressive results.