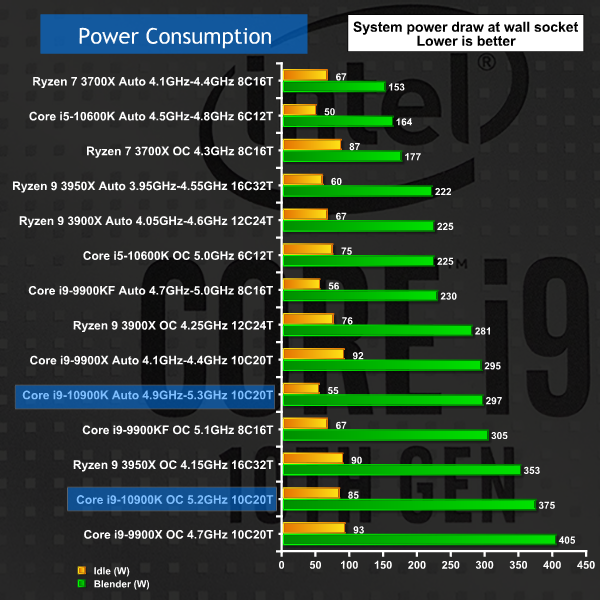 There are no surprises here. CPUs with a lower core count draw less power and Zen 2 is more efficient than Skylake. As you ramp up the clock speed of Skylake, the power draw gets very high, exactly as you would expect. 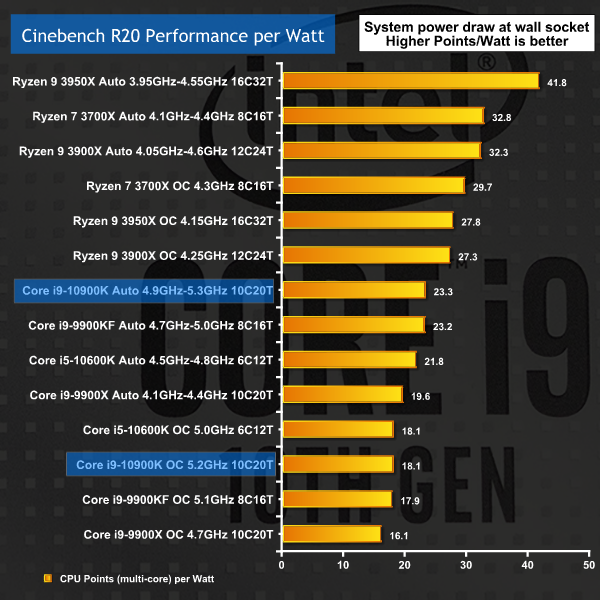 Dividing the Cinebench R20 score by the system power draw in Watts demonstrates a number of points; Zen 2 is very efficient and Ryzen 9 3950X clearly uses high quality silicon while 3900X gets poorer quality chips. Skylake efficiency is much more equal, so it is simply a matter of choosing the number of cores and the operating clock speed and then suffering the hit of the power draw. 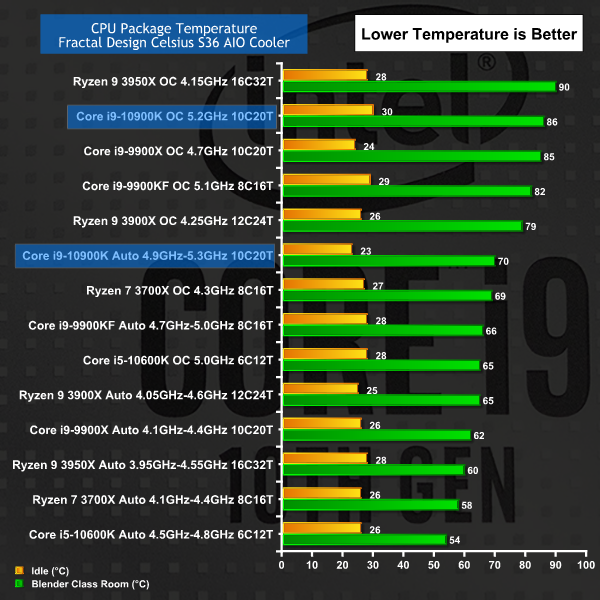 OK, what happened there? how the heck did Intel deliver ten cores running at 4.9GHz on Auto that run at 70 degrees C, which is only four degrees hotter than Core i9-9900KF? This is the point where we expected Core i9-10900K to crash and but but instead we are deeply impressed and truly hope our review sample is representative of the retail parts that will shortly go on sale. 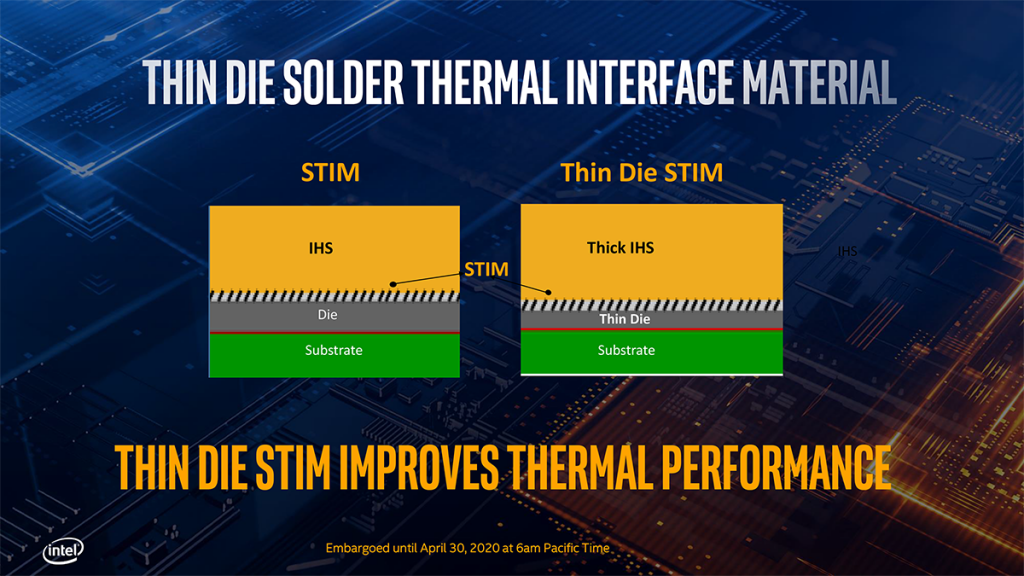 Intel has pulled a clever trick with Core i9-10900K that appears to be nothing more than a 0.3mm thinning of the silicon.  The copper heat spreader has been increased in thickness by the same amount and as a result we can use exactly the same coolers on Comet Lake-S as on previous generations of desktop hardware. If this really is the secret to the cool running of Core i9-10900K then we are deeply impressed and have to question why Intel didn’t do something similar with 9th Gen.