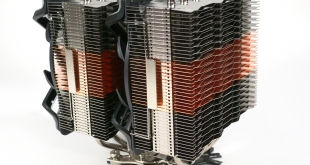 Since publishing our review of Zalman’s new CNPS20X and CNPS17X air coolers, we have received a number of comments and questions regarding our initial testing and methodology. Primarily, many readers seemed unsure that the Noctua NH-D15 could be outperformed by the Zalman CNPS20X by a margin of up to 7C, as our original AIDA64 testing showed. To answer this point, and other questions raised, Leo did some more testing and has produced a video update.

For a full response from Leo, do watch the video below, but I – Dominic Moass, Deputy Editor in Chief – want to stress here that the overall results have not changed. Both our original and updated testing shows the Zalman CNPS20X to out-perform the NH-D15 when tested on the Ryzen 9 3900X. However, Leo did want to double check our figures and tested with a second  D15 that Noctua had sampled.

For reasons that are not clear to myself or Leo, the second D15 performed noticeably better than the original model tested, reducing the gap between the Noctua cooler and Zalman’s CNPS20X to around 3C. Of course, this still shows the CNPS20X to be a better cooler, but the change is significant enough that we wanted to be upfront and address it directly.

Ultimately, this does not change our review (which follows on the next page, as originally published on February 1, 2020) but for a full break-down of Leo’s updated testing and his response to the initial findings, you can watch our updated video below.

Previous Former BioWare and Naughty Dog developers team up for new sci-fi RPG
Next Warcraft 3: Reforged gets one of the lowest Metacritic user scores of all time