Micron reveals the specifications of its LPDDR5X memory

A few months after the announcement of JEDEC's LPDDR5X standard in June, Samsung introduced the first LPDDR5X modules to the industry. Samsung will have some competition in this market now, as Micron has also unveiled its LPDDR5X memory chips. 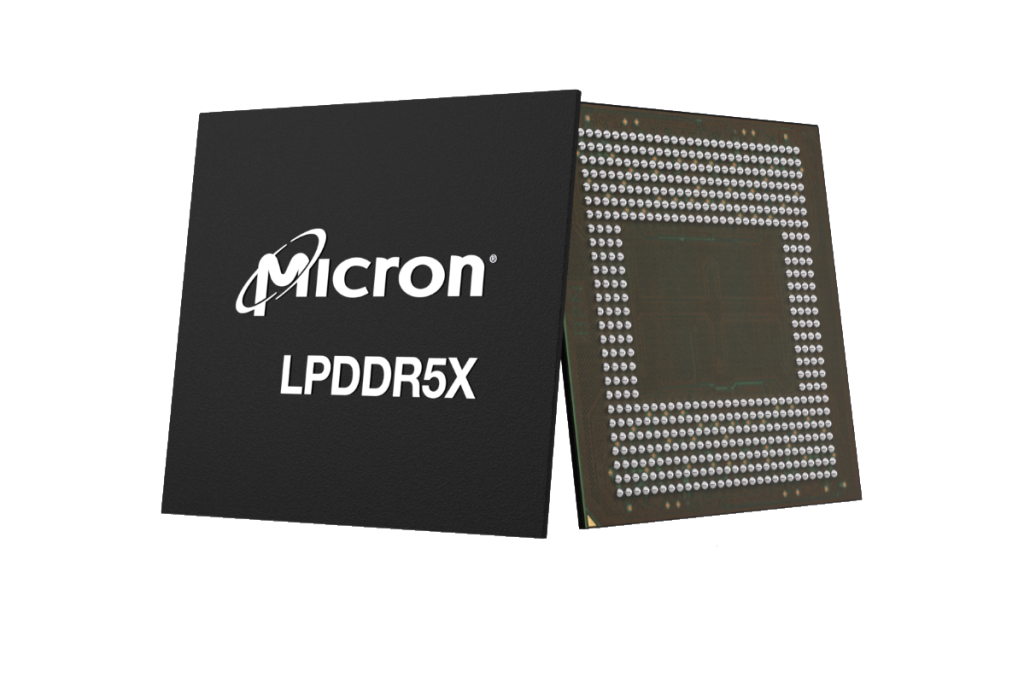 Aimed at 5G applications and high-end smartphones, Micron's LPDDR5X memory is based on Micron's 1α DRAM technology, which allows it to support data rates up to 7.5Gbps, with samples going up to 8.533Gbps (JEDEC LPDDR5X standard) launching soon after. At 8.533Gbps, LPDDR5X memory is 33% faster than standard LPDDR5 memory.

Besides MediaTek, Micron is also working with other chipset vendors and smartphone manufacturers to optimise their products to its LPDDR5X memory.

KitGuru news: As the need for higher bandwidth in mobile devices increases, LPDDR5X will slowly become the standard. At the moment, it's completely new, and no devices feature such memory. However, it will eventually be as common as LPDDR5, and soon, you'll probably find it inside almost every smartphone, even your own.