TeamGroup was the first memory manufacturer to launch DDR5 memory to the market, but it looks like the company isn't resting on its laurels. Joining brands such as Corsair, XPG, G.Skill and a few more, TeamGroup has announced its first DDR5 gaming memory module, the T-Force Vulcan DDR5. 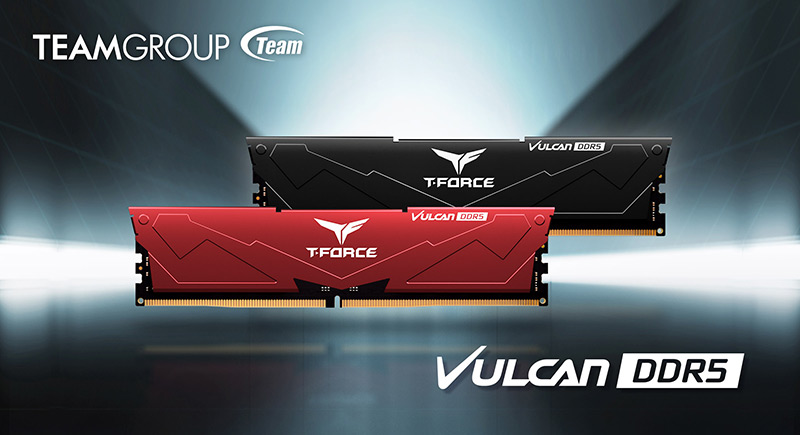 Available in single 16GB and 32GB modules and dual-channel 2x 16GB and 2x 32GB memory kits, the TeamGroup T-Force Vulcan DDR5 sticks can come either clocked at 4800MHz or 5200MHz (XMP 3.0). However, manual overclocking might allow users to push it even further.

The modules should be available with a red or black heatsink and a black PCB. Pricing and availability details have not been revealed yet, but it should be announced soon, once Intel launches the Alder Lake-S desktop processors.

KitGuru says: We expect to see other DDR5 memory modules coming from TeamGroup, specifically some T-Creator series modules and more gaming-oriented modules with faster speeds. For now though, 5200MHz is a great start for the DDR5 generation.