Both the RT and RS kits feature a new design with dynamic RGB lighting sitting on top of a reimagined heatspreader. There are six individually addressable RGB LEDs incorporated into a panoramic light bar on the RS series, and ten RGB LEDs in the RT series, creating a smooth and vivid display of colours to spruce up your system. 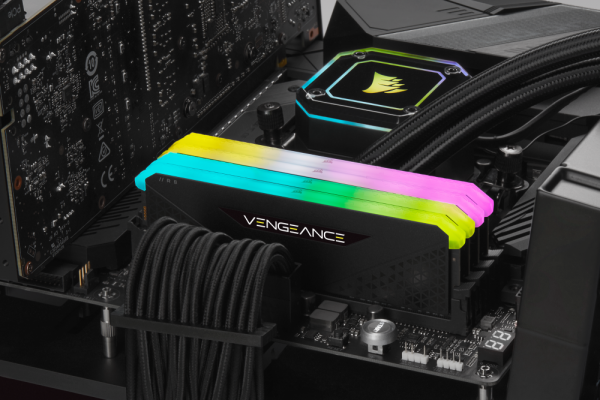 The Vengeance RGB RT memory is optimised for AMD DDR4 motherboards and is available with frequencies up to 4600MHz and with up to 256GB capacity. When fitted in a compatible AMD motherboard, Vengeance RGB RT automatically configures to the maximum supported speed of your system without needing to tinker around in the BIOS.

Meanwhile, Vengeance RGB RS memory is designed for both Intel and AMD systems, with speeds up to 3600MHz and capacities up to 128GB. There is support for XMP 2.0, enabling higher frequencies. Both sets of memory feature tightly screened ICs to ensure performance and longevity, all backed by a lifetime warranty.

KitGuru Says: Are any of you planning a new build or an upgrade this year? Will you be looking to get some new Corsair DDR4 RGB memory?