Nearly all leading manufacturers of mainboards have introduced motherboards supporting USB 3.1 technology. Since at present the new interconnection tech is positioned as a high-end feature for enthusiasts, mainboards featuring USB 3.1 are all designed for various processors from Intel Corp. However, MicroStar International (MSI) decided to add the new technology to platforms for AMD chips as well.

Shortly from now MSI’s partners around the world will begin to sell new revisions of MSI 990FXA Gaming and MSI 970A SLI Krait Edition motherboards for AMD FX-series microprocessors in AM3+ form-factor with 10Gb/s USB 3.1 ports. The mainboards are designed for enthusiasts who prefer multi-core FX processors from AMD and support advanced overclocking capabilities as well as multi-GPU technologies from AMD and Nvidia. 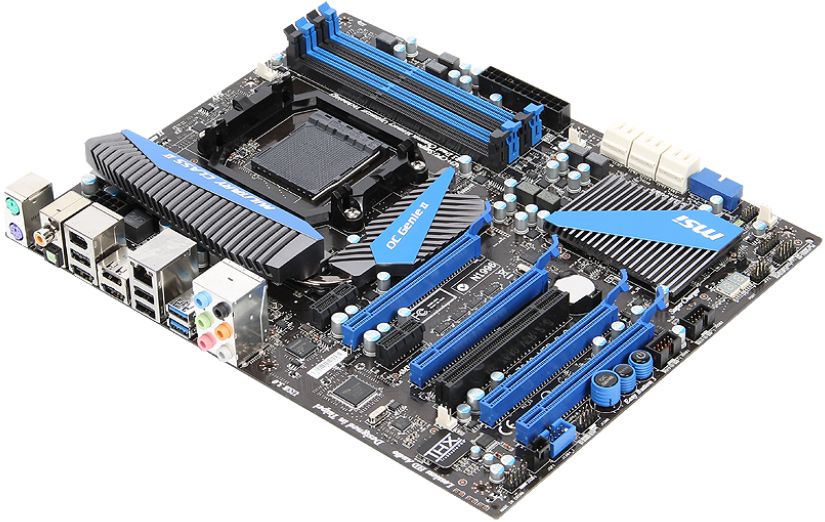 Just like the rest USB 3.1-supporting platforms from MSI, the 990FXA Gaming and the 970A SLI Krait Edition use the Asmedia ASM1352R controller, which utilizes two PCI Express 2.0 lanes with up to 10Gb/s transfer rate, to enable USB 3.1 ports.

At present the new revisions of MSI’s 990FXA Gaming and 970A SLI Krait Edition are the only USB 3.1-supporting platforms for AMD FX processors in the world. Unfortunately, the motherboards only feature USB 3.1 type-A receptacles, not reversible USB 3.1 type-C ports. Google recently revealed that many smartphones and even netbooks with USB type-C receptacles would hit the market in the near future. Their launch will encourage manufacturers of various gear, such as memory sticks and other peripherals, to release loads of products with the new connectors.

Prices of MSI’s USB 3.1-supporting mainboards for AMD central processing units are unknown, but do not expect them to be considerably higher than those of existing revisions of the same motherboards.

KitGuru Says: Low popularity of AMD processors among enthusiasts and performance-demanding users is the reason why the latest technologies reach AMD platforms with a massive delay. In fact, AMD FX platform still does not support PCI Express 3.0 bus. It will take quite a while before AMD-based PCs will get USB 3.1 since at present such computers are positioned as affordable solutions, whereas adding the new interconnection tech requires an addition chip that costs money.

Previous Homefront: The Revolution delayed until 2016
Next HGST’s 10TB HDD pictured, set to hit the market in Q2 2015