Overclocker teams up with Gigabyte, Kingston to push DDR3 to 4.50GHz

The DDR4 memory era is set to begin in several months from now. It is expected that the DDR4 standard will bring the world new performance heights thanks to increased memory frequencies and chip densities. But who said that the DDR3 cannot run faster? Hicookie, a well-known overclocker, this week managed to overclock a Kingston HyperX DDR3 memory module to whopping 4.50GHz, a frequency that will not be officially achieved by the DDR4 for a couple of years from now.

In a bid to overclock the memory module, Hicookie used a custom mainboard designed especially for record-breaking extreme overclocking by Gigabyte Technology, a Kingston HyperX memory module officially rated to run at 2933MHz, an engineering sample of Intel Core i7-4770K “Haswell” processor as well as a liquid nitrogen cooling system. The mainboard he used was a specially built version of the GA-Z97X-SOC Force with only two memory slots moved towards the CPU socket (in order to ensure clean electrical signals were as clear as possible), lack of any standard holes/mounts for a CPU cooler and possibly some other enhancements. 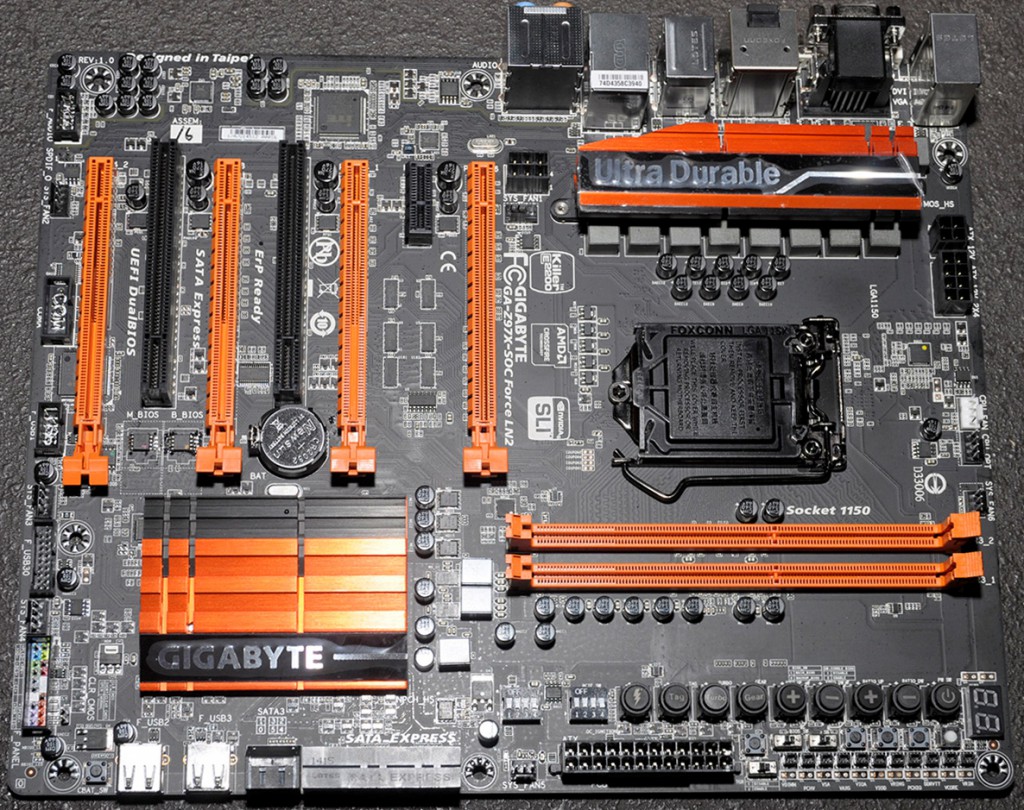 Thanks to the fact that the GA-Z97X-SOC Force LN2 was designed to be a DDR3 overclocking record breaker, Hicookie managed to run one Kingston HyperX DDR3 memory module at 4500MHz. Stability of the overclocked PC was high enough to boot the Microsoft Windows XP operating system and run the CPU-Z software.

The testbed with installed cooling devices. Image by Lab501.ro

Maximum bandwidth provided by a DDR3 memory module clocked at 4.50GHz is 36GB/s, which seems to be a lot. However, since all modern mainstream PCs use dual-channel memory sub-systems, 36GB/s can be achieved by running two DDR3 modules at 2250MHz, which is hardly a truly high-speed for modern DDR3 memory sticks as well as the latest microprocessors from Intel. It is impossible to overclock a couple of memory modules to extreme rates like 4.50GHz. 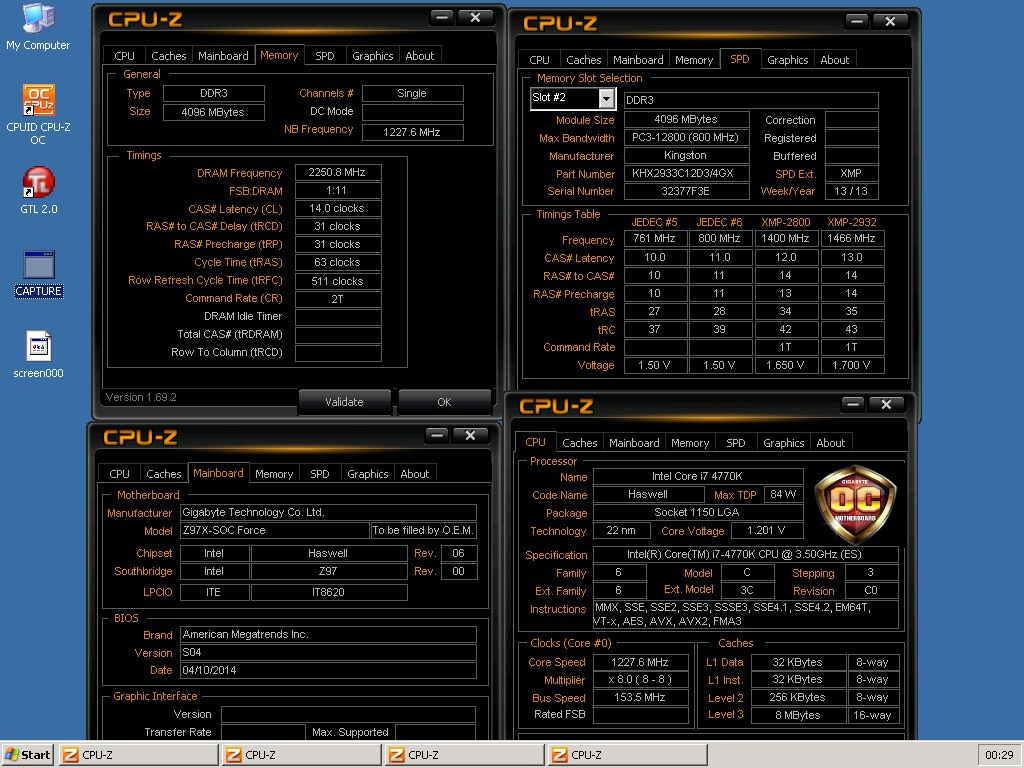 KitGuru Says: While it is definitely remarkable that the DDR4 clock-rates can be achieved with high-speed DDR3 modules, such overclocking lacks any practical sense from the end-user point of view. Still, thanks to the experiment the world knows that the Kingston HyperX memory modules can work at extreme frequencies with the help of the Gigabyte GA-Z97X-SOC Force LN2 mainboards.