With the Comet Lake-S platform, the Intel Core i9 and i7 CPUs supported DDR4-2933 memory, but the i5, i3, and Pentium chips could only be paired with up to DDR4-2666 memory. Due to the lack of memory overclocking, H470 and B460 motherboards would only run memory at a maximum of DDR4-2933. As per @momomo_us‘ post (via Tom's Hardware), the Rocket Lake-S platform is expected to be arranged differently from Comet Lake-S, with the Core i9, i7, and i5 supporting up to DDR4-3200, while the Core-i3 and Pentium processors would be maxed at DDR4-2666. 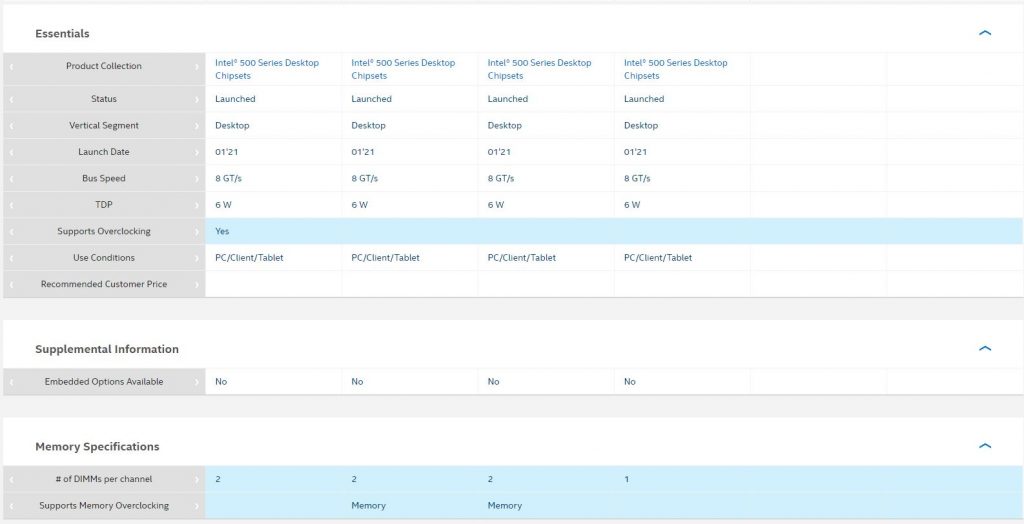 Given that users will need at least a Core i5 processor to run DDR4-3200 memory, it is expected that H570 and B560 motherboards will only be capable of memory overclocking when paired with Core i9/i7/i5 CPUs.

KitGuru says: Are you glad to see that Intel has finally started to introduce overclocking features to non-Z motherboards?