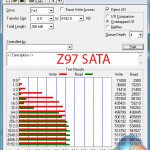 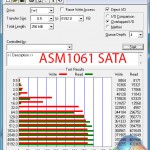 Z97 SATA 6Gbps performance is as we would expect; a SATA-powered SSD will not be bottlenecked by the Z97 Extreme6.

SATA 6Gbps ports offered by ASMedia's ASM1061 controllers are significantly slower than the native connections. Such ports should be reserved for less speed-intensive storage requirements. 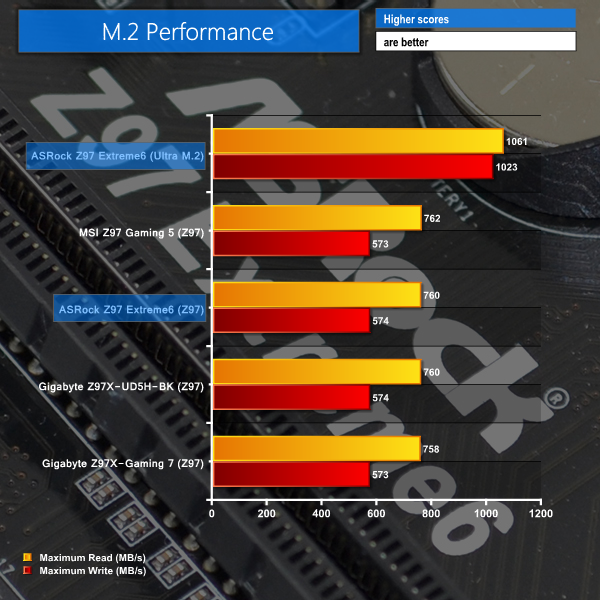 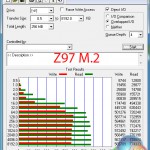 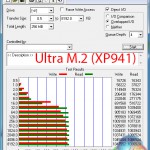 Providing a transfer rate of more than 1GBps, it is clear that ASRock has an impressive technology in Ultra M.2. For upcoming M.2 drives, the four-lane connection may be a smarter choice than Intel's bottlenecked two-lane, 10Gbps link.

We would not be surprised if many competing vendors used PCIe 3.0 x4-powered M.2 connections to provide fast storage connections on their motherboards. ASRock has proven with Ultra M.2 that a higher-than-10Gbps M.2 connection can be implemented with some smart engineering.

We can confirm that the Z97 Extreme6 motherboard's Z97-fed M.2 connection is perfectly compatible with M.2 SATA SSDs. 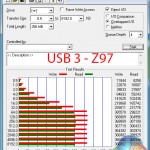 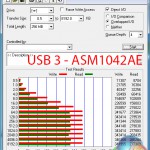 USB 3.0 transfer rates of the Z97-powered ports are identical to other boards without UASP-activating software.

ASMedia ASM1042AE USB 3.0 ports aren't quite as quick as the Z97 alternatives, but they do help to increase a board's overall connectivity options.

The noise level and stereo crosstalk performance of ASRock's Purity Sound 2 system on the Z97 Extreme6 is particularly strong.