Targeting users that want ROG gaming features, but not the plethora of cost-increasing overclocking enhancements, the Maximus VI Hero is an excellent addition to Asus’ prestigious Republic Of Gamers series of motherboards.

With eight power phases dedicated to the CPU and Asus’ Extreme Engine Digi+ III components, the Maximus VI Hero has no problems taking our 4770K chip to its stable overclock frequency of 4.5GHz. We were able to push to the processor’s limit of 4.6GHz but, as was the case with all other Z87 motherboards we have tested, the Maximus VI Hero couldn’t keep the overclock stable.

The Maximus VI Hero didn’t have the ability to run our dual-channel set of Avexir Core Extreme Series memory at its 3,000MHz rated speed using the XMP profile. We managed to run a single stick at 3000MHz, but not both of them in dual-channel mode. As we pointed out earlier in the review, this isn’t a huge disappointment as gamers seem to be largely uninterested in such expensive, high-speed memory that is built for extreme benchmarkers.

Asus supplies the Maximus VI Hero motherboard with a solid set of gaming-relevant features. Eight SATA ports are likely to be plenty for most gamers, and so is dual-card CrossFire and SLI support. SupremeFX audio is a lower-cost, but perfectly acceptable alternative to a discrete sound card. Six USB 3.0 ports is borderline-acceptable with many similarly-priced boards offering at least eight, and just two USB 2.0 headers (one of which is blocked by ROG OC Panel) is risky.

But it’s the ROG-exclusive features that make the Maximus VI Hero shine. Sonic Radar is a unique tool that gives FPS gamers a slight advantage. GameFirst II network control software is useful on a device-heavy network. SSD Secure Erase has the ability to save plenty of time, and restore performance while it’s at it. ROG RAMDisk is worth looking into for users with RAM-heavy systems.

One notable exclusion from the ROG feature list is the mPCIe Combo II card. However, this isn’t an exclusion that I think gamers will be too disappointed by. Granted, the 802.11ac wireless support will be useful to some of the Maximus VI Hero’s target audience, but the M.2 SSD slot is unlikely to be of much interest for gamers’ near future. What will be more important to gamers is the reduced price tag brought on by the mPCIe Combo II card’s omission. The same can be said for the OC Panel.

General layout of the Maximus VI Hero is very good. Power connectors and headers are where we would expect them, and expansion slot layout is well-suited for single- or dual-card gamers. A right-angled USB 3.0 header would have been welcomed.

Asus’ implementation of the ROG UEFI found on the Maximus VI Hero is fantastic. The interface is simple to use, easy to navigate, well laid-out, and stable. For the more overclocking-inclined gamers, there are plenty of customisable options and good voltage headroom.

Priced at £166.16 from Aria, the Maximus VI Hero is situated directly in the centre of a fierce price war. For example, MSI’s Z87-GD65 Gaming, Gigabyte’s Z87X-OC, ASRock’s Z87 Extreme6, and even Asus’ own Z87-PRO are all within £10 of the Maximus VI Hero’s price point. Quite frankly, there is no outright winner in the circa-£170 motherboard market.

With a true Republic Of Gamers design, many worthwhile features, and an excellent UEFI BIOS, the Asus Maximus VI Hero is a good choice if you’re shopping in the hotly-contested, mid-range Z87 motherboard market. 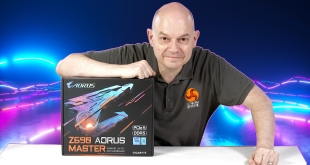