AMD’s B550 chipset has finally launched, and we are looking at two of ASUS’ premium ROG STRIX offerings – the B550-F Gaming (WiFi) and the B550-E Gaming. Can the price reduction for the B550 silicon versus X570 prove sufficient in freeing budget for ASUS to cram in features typically associated with higher-end X570 motherboards?

ASUS builds the pair of ROG STRIX B550 offerings around a solid foundation. Both motherboards use hefty power delivery solutions, with the B550-F Gaming (WiFi) sporting a 12+2 stage design and the B550-E Gaming deploying 14+2 stages.

In addition to the power-based core, ASUS provides a couple of M.2 connectors, high-speed wireless networking from a WiFi 6 adapter, and Intel 2.5 Gigabit Ethernet. You also get the usual set of ROG STRIX features, including widespread AURA RGB support, SupremeFX audio, and value-added features such as AI Mic. 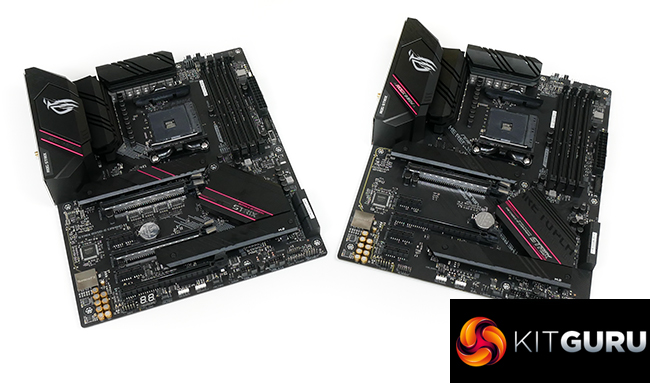