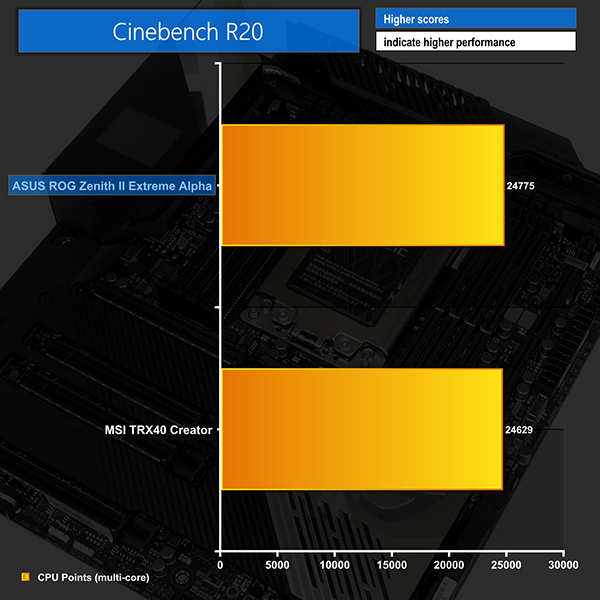 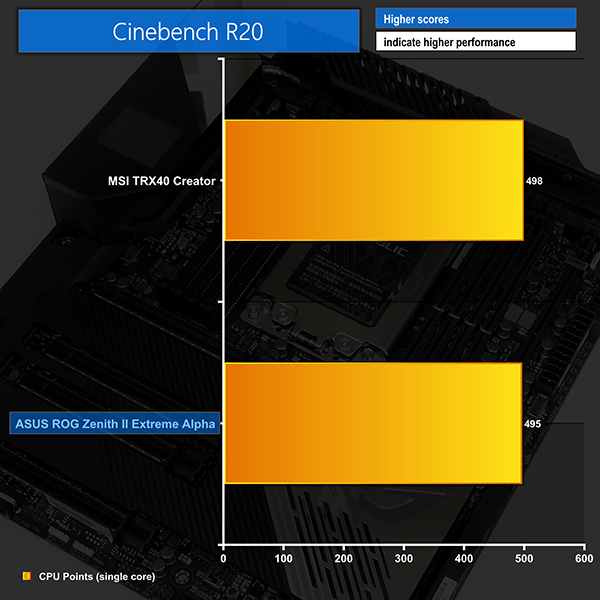 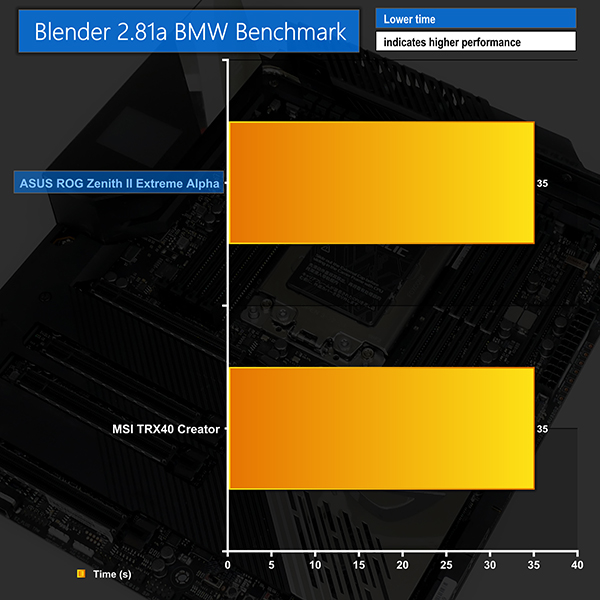 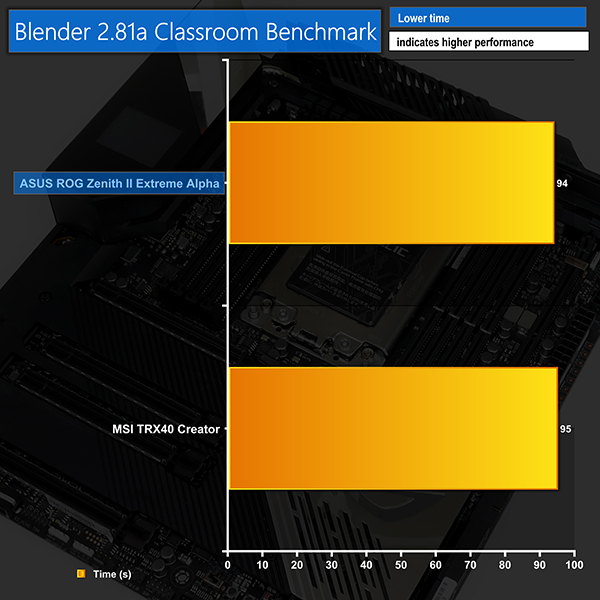 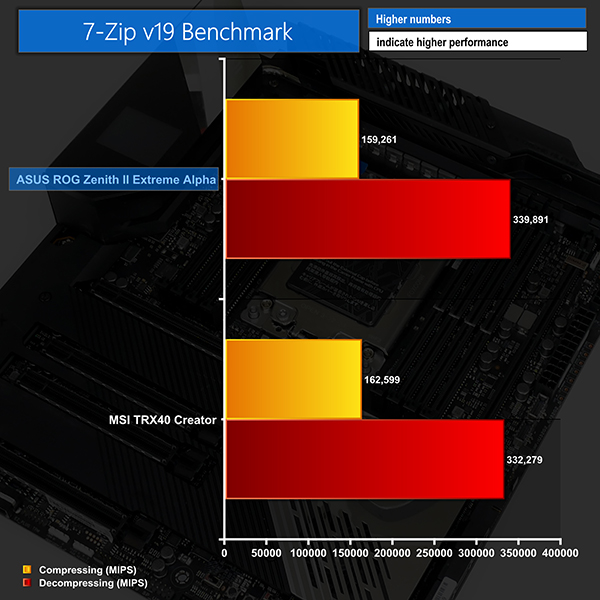 CPU-related performance from the ROG Zenith II Extreme Alpha is very competitive against MSI’s flagship TRX40 Creator. Cinebench is a little faster on the ASUS board for nT but is very slightly slower in 1T mode. Realistically, these numbers are close enough to call performance roughly a draw.

The same can be said for Blender in both the BMW and Classroom tests. The latter sees ASUS winning by 1 second, but that victory is largely due to numerical rounding of the recorded results. Add in 7-Zip results, which do differ slightly based on memory performance differences and the affinity towards bandwidth and latency for each test, and we still see more-or-less a performance draw.