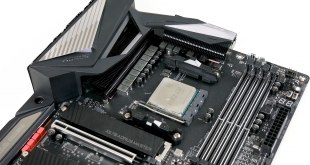 Packed to the brim with useful features and built around a high-performance 14-phase power delivery solution, Gigabyte is clearly aiming for enthusiasts with its high-end X570 Aorus Master motherboard. The deployment of a true 14-phase digital PWM controller from Infineon backs up that claim.

And let’s not forget about the solid VRM heatsink that features two finned arrays connected via heatpipe. It’s great to see Gigabyte continuing its ‘performance-first’ design philosophy for VRM cooling on high-end motherboards as it truly is an important factor in the overall performance and stability equation.

Aside from the ultra-high-end power delivery solution, the Gigabyte X570 Aorus Master offers several useful features for a variety of enthusiasts. Cooling fans (excuse the pun) will be happy to see seven 4-pin fan headers and two thermal sensor connectors.

Triple PCIe Gen 4 M.2 connectors can be used simultaneously and all of them are cooled. Networking gurus will be glad to see 2.5Gb Ethernet and also 2.4Gbps-capable 802.11ax WiFi. And for those who like styling, the understated black and silver appearance should help to avoid colour clashes.

While it certainly isn’t cheap at around £390, can the Gigabyte X570 Aorus Master prove its worth as the second highest-end board in Gigabyte’s current AM4 line-up? 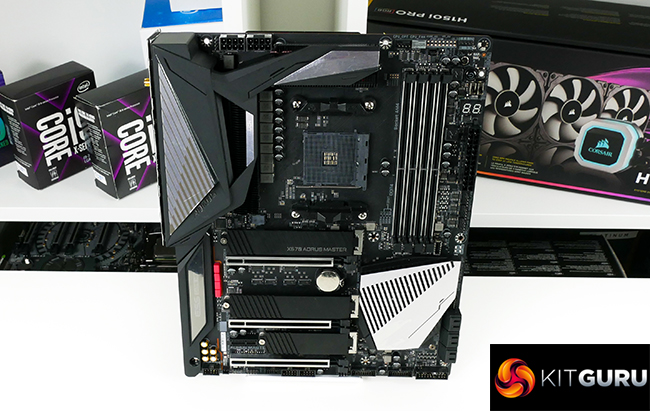