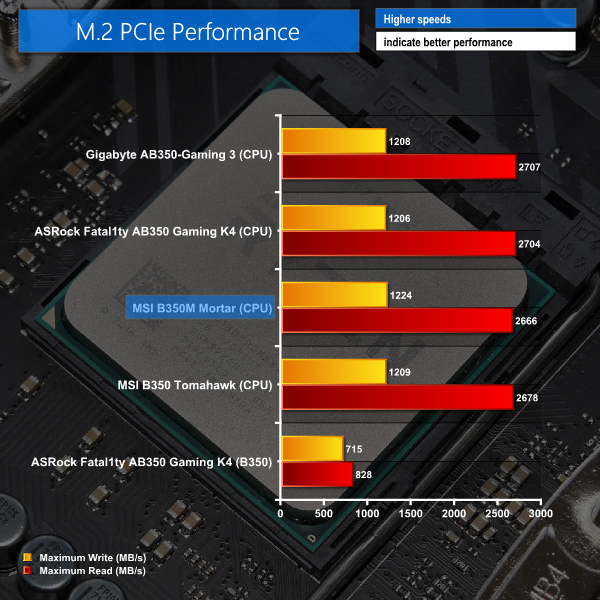 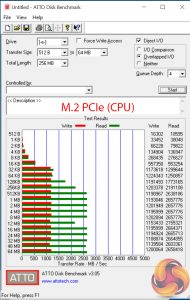 No major issues with the M.2 PCIe performance delivered by the CPU-fed slot. A lack of cooling means that thermal throttling may occur if you are using an M.2 SSD that runs particularly hot. 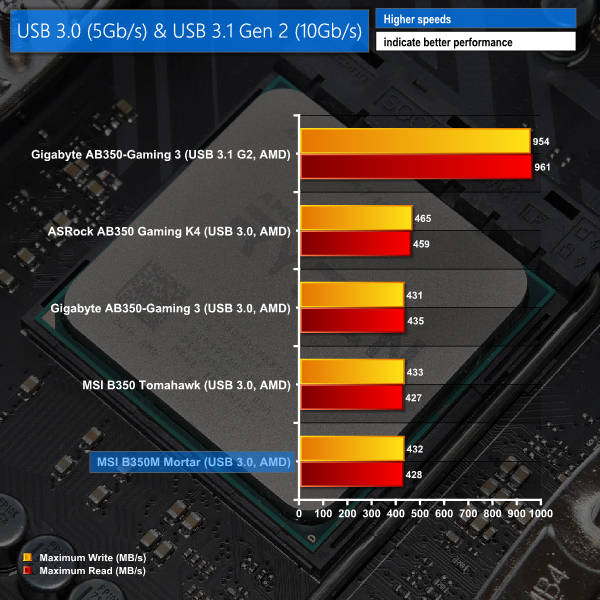 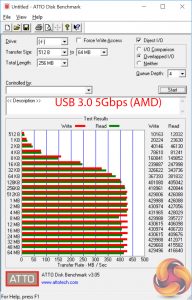 USB 3.0 5Gbps transfer rates are limited to around 430MBps using the rear IO ports. This is the top speed for external transfers with the B350M Mortar as MSI chooses not to include 10Gbps USB 3.1 Gen 2 ports, as Gigabyte does on its competition.

For many users buying this calibre of motherboard, however, transfer speeds approaching the write performance limit of an external SSD are likely to be more than adequate. 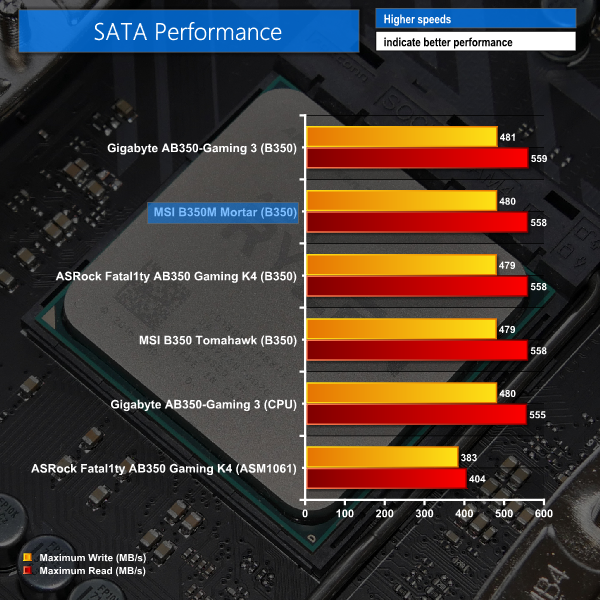 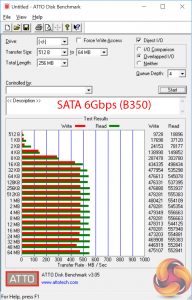 SATA performance is right where it should be. There are no additional SATA ports other than the four that are driven by the B350 chipset. 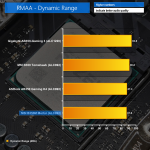 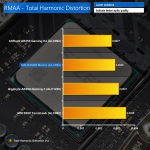 Audio performance for the B350M Mortar was ‘very good‘ according to RMAA. Test-to-test variations see the numbers differ from those shown by the B350 Tomahawk. This is a solid audio solution despite its ageing Realtek ALC892 codec.