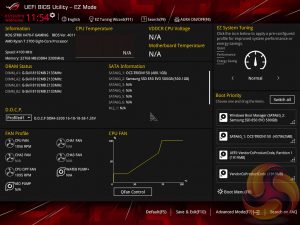 The ASUS UEFI enters straight into the EZ Mode splash screen which has a selection of frequently used settings including XMP profiles (called D.O.C.P on AMD ASUS motherboards), boot device order and fan speeds. Pressing F7 takes the user into the advanced section of the UEFI but there are some additional tools that can be accessed from the splash screen such as Q-Fan Control and EZ System Tuning. 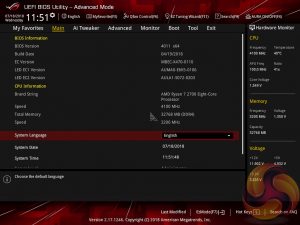 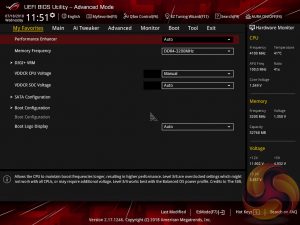 AI Tweaker is the UEFI tab which contains the vast majority of performance tuning settings pertaining to the CPU and DRAM. From here you can set XMP (D.O.C.P) profiles, overclock the CPU, set all the various voltages and voltage operation modes, change the Load Line Calibration (LLC) and considerably more.

LLC has 5 levels on this motherboard, with 1 being the least aggressive and 5 the most. The CPU voltage modes include override, adaptive and offset.

By enabling the automatic overclocking function (EZ Tuning Wizard) the CPU multiplier is simply set to 35 while the memory was ignored, when using the Ryzen 7 2700. Much better performance can be had through manual tuning and by enabling D.O.C.P (XMP).

Unlike on Intel platforms (such as Z370), enabling D.O.C.P/XMP does not set the CPU’s Turbo clock higher since the CPU Turbo behaviour is controlled by AMD’s proprietary XFR2 (Extended Frequency Range 2) and PB2 (Precision Boost 2) technologies. 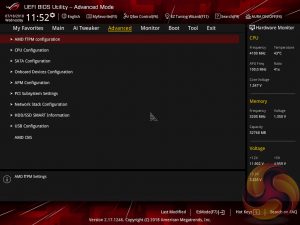 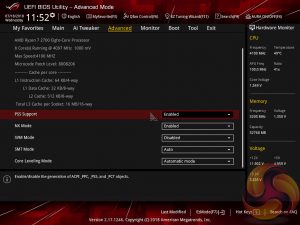 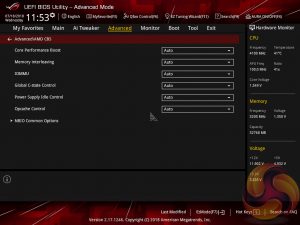 On AM4 motherboards there is a section entitled AMD CBS which contains a large number of advanced settings specific to AMD’s AM4 platform. 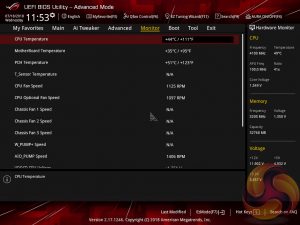 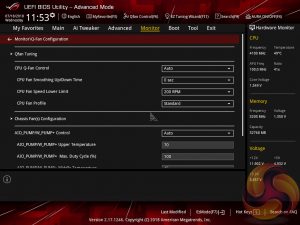 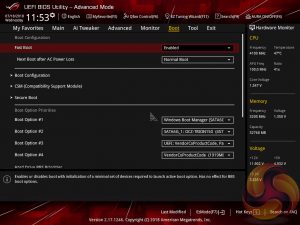 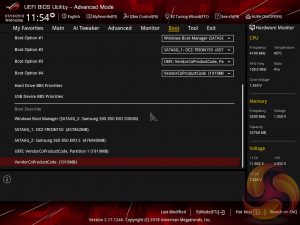 The Boot tab is as expected in delivering the key boot options such as secure boot, boot priority, boot override and boot compatibility options. 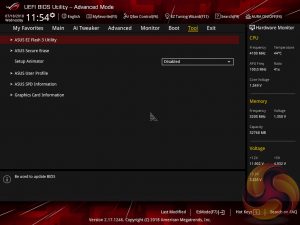 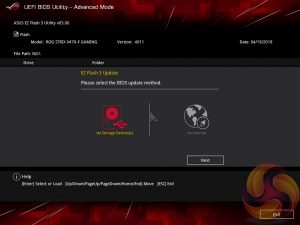 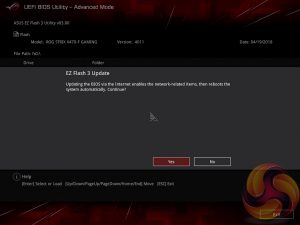 The EZ Flash utility is very simple to use and allows the UEFI to be updated from either a local disk or the internet using the Intel I211-AT Gigabit Ethernet adapter. 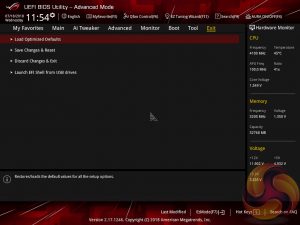 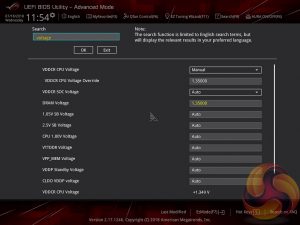 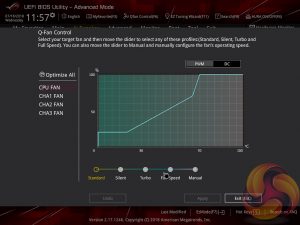 Q-Fan Control is a must-use utility since it will calculate the fan speed ranges of all PWM or DC fans on the 7 controllable fan headers. Once the voltage-to-fan-speed values have been calculated the user can then assign a preferred profile to each fan from the four presets (standard, silent, turbo, full speed) or simply set a custom profile using manual mode. 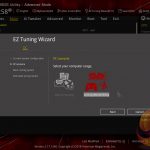 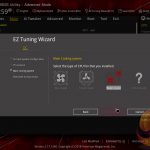 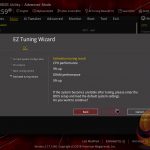 We have tried the automated ASUS overclocking utility, EZ Tuning Wizard, and it should provide your CPU and memory with an automatic overclock depending on which options you select and the hardware you are using. In our case it provided 3.5GHz for the Ryzen 7 2700 and our memory was left unchanged at 2133MHz JEDEC.

However, it applies a high “auto” voltage to account for variation in the quality of CPUs so it will often apply more voltage than necessary, it also fails to recognise XMP/D.O.C.P profiles and thus doesn’t get the most out of the memory. Users are better off setting the memory profile, attempting a manual overlock or leaving AMD’s XFR2 and PB2 to itself.