To test the ASUS ROG Strix X470-F Gaming motherboard’s CPU overclocking potential, we set the CPU core voltage no higher than 1.4V and push for the highest stable clock speed. We maintain the DRAM frequency at 3200MHz to take memory stability out of the overclocking equation. Once the highest clock speed for 1.4V is achieved we see if there is potential to reduce the voltage while maintaining system stability. 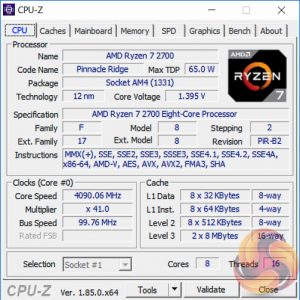 After extensive testing we were able to achieve 4.1GHz across all eight cores with a stable voltage of around 1.39 by setting 1.35 volts (Level 4 LLC) in the UEFI. 4.2GHz was bootable at 1.4 volts but not stable without exceeding the 1.4 volt threshold set for our testing to ensure the results are realistic and representative to readers at home.

Testing revealed that more volts were required (1.39) on this ASUS motherboard than the ASRock motherboard also tested, which needed around 1.36 volts.  During testing we lowered the LLC from Level 4 to Level 3, which resulted in a load voltage of 1.375) but this resulted in system instability so we settled on 1.39 volts as the final stable voltage. 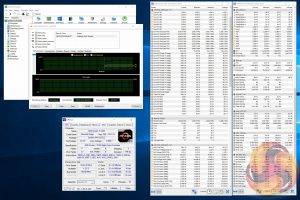 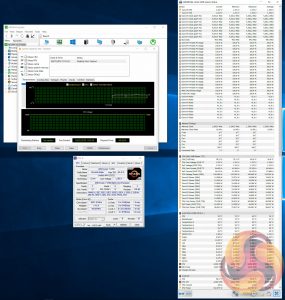 It isn’t clear if a sensor directly monitors the CPU VRM temperature on the ASUS ROG Strix X470-F Gaming but we did record all the sensor information available. There are two sensors (Motherboard/Temperature3,4,5,6) which represent non-CPU components on the motherboard and these were 34/44 and 37/55 degrees Celsius at stock and overclocked, respectively.

From what we can tell the VRMs were not reaching unacceptable temperatures or causing frequency throttling, impressive given the average load CPU power more than doubled from 54.5 watts (stock) to 126.9 watts (overclocked).

Overclockers shouldn’t have any issues with thermal throttling but airflow still needs to be kept in mind for sustained high-voltage overclocks. According to user-submitted thermal imaging results temperatures can creep to into three figures if adequate airflow isn’t maintained. 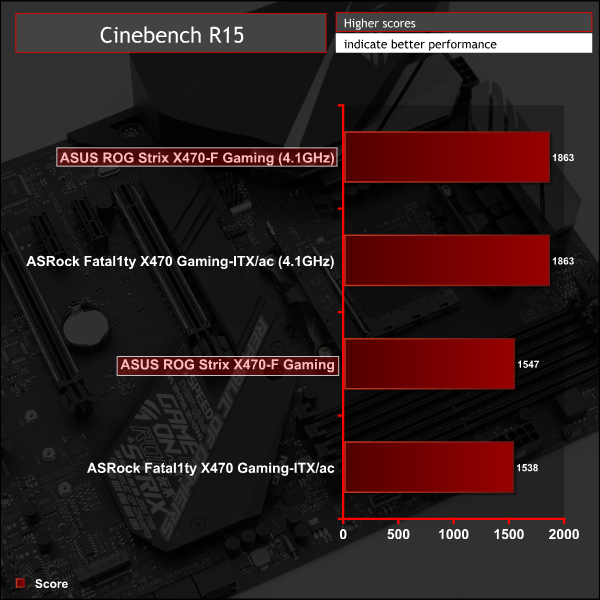 CPU performance increased 20 per cent due to the overclock. 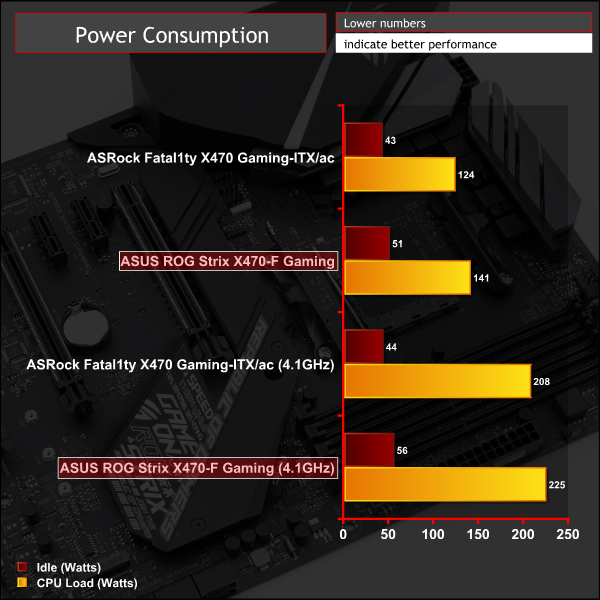 Power consumption under the AIDA64 stress test increase by about 90-watts when overclocking. As noted in the overclocking section the ASUS board required slightly more voltage (1.39) than the ASRock board (1.36) resulting in higher power draw for the same frequency.