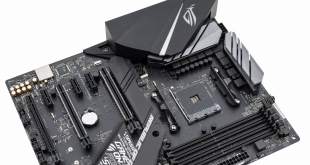 The introduction of AMD's X470 chipset was an unspectacular affair, bringing only a handful of incremental improvements over the preceding X370 chipset. X470 motherboards reflect this trend too with manufacturers, like ASUS with its ROG Strix X470-F Gaming, using X470 as a justification to refresh existing X370 motherboards with some of the latest features and design innovations that have developed since. 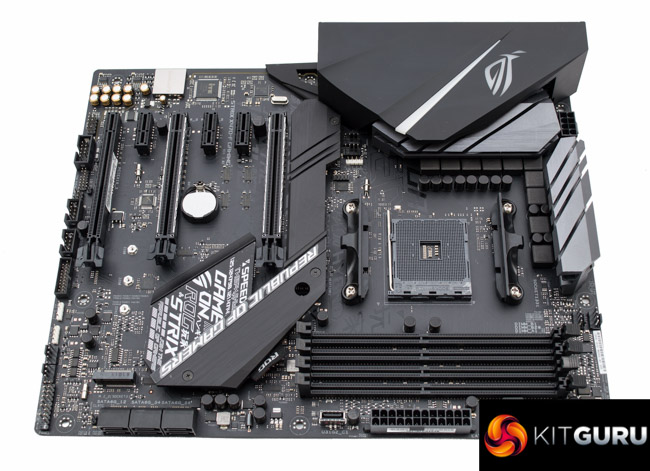 The similarities between the ASUS ROG Strix X470-F and X370-F Gaming motherboards in terms of design and specification are numerous while the differences are few and far between. The ASUS X470-F is certainly not aimed at existing X370 motherboard owners, but those not yet using AMD's AM4 platform and looking for a route in.

The ASUS ROG Strix X470-F Gaming sits somewhere in the blurry middle of the ASUS stack for AMD's X470 chipset, but is best labelled “upper mid-range”. The specification is ample for the a demanding home user, gamer or prosumer.

As a motherboard positioned primarily for gamers ASUS has fitted onboard RGB lighting as well as three optional RGB headers for different types of LED strips. There's also dual M.2 available, one slot which is cooled by the integrated heatsink, reinforced PCIe slots and an improved audio solution based on Realtek ALC1220 with two operational amplifiers.

Undoubtedly there are enough features to pique the interest of the fussy DIY builder or gamer while for overclockers ASUS hopes the bolstered VRM and onboard debug LEDs will suffice.

Let’s see how the ASUS ROG Strix X470-F Gaming holds up under KitGuru’s testing and analysis.