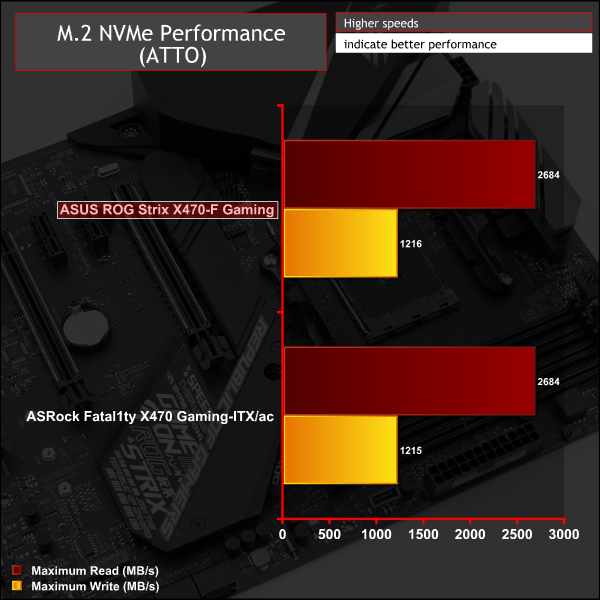 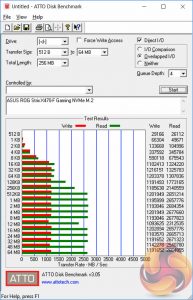 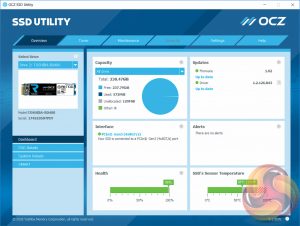 M.2 performance easily exploited the maximum performance potential of the benchmark drive. Thermal performance was very respectable too, due to the rather large M.2 heatsink assembly and KitGuru tested temperatures in the high 50s after extended heavy loading. Given the throttle speed is around 75-80 degrees Celsius most high performance drives should have no trouble performing consistently well with this motherboard. 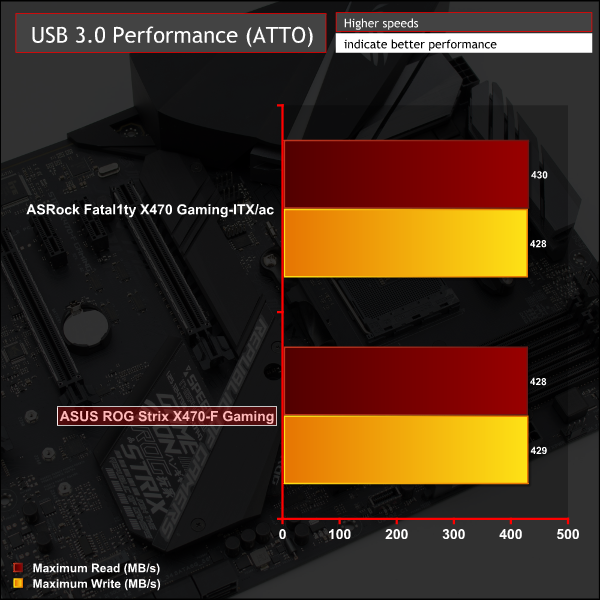 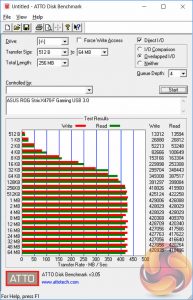 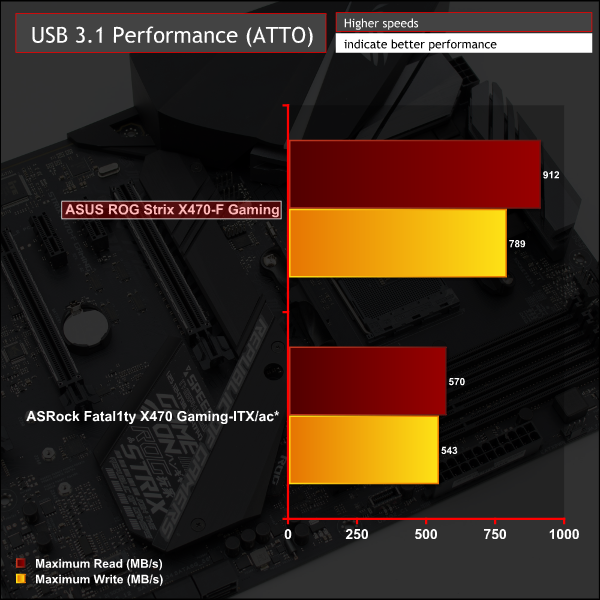 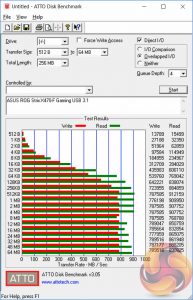 We have, however, witnessed better USB 3.1 performance on Intel 300-series motherboards to the tune of an extra 150MB/s.

*Note that the ASRock X470 ITX motherboard had compatibility issues between its USB 3.1 port (X470 chipset USB 3.1 controller only) and the ASM1352R RAID box and thus we were unable to test using our standard equipment. We did manage to test with a single USB 3.1 (ASM1351) to SATA device and achieve speeds much faster than USB 3.0 just to validate the port was functioning correctly. 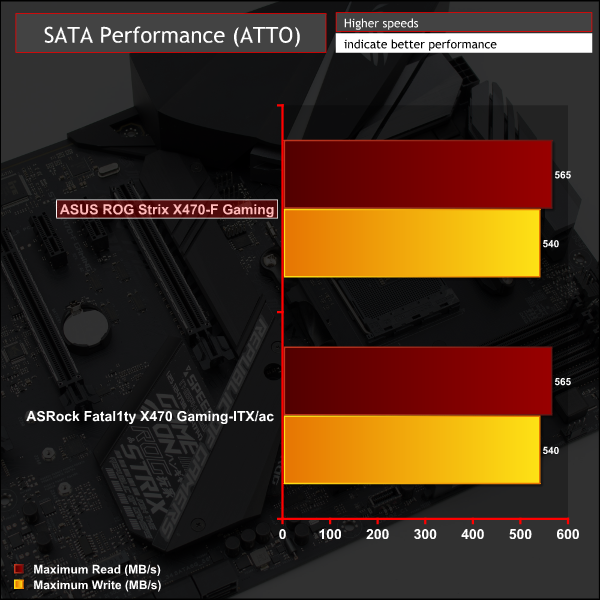 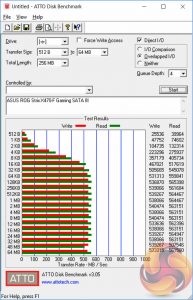 SATA III performance was as expected. 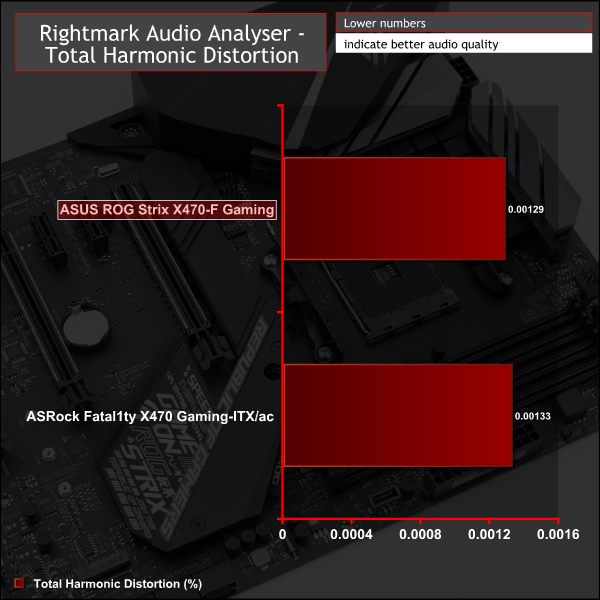 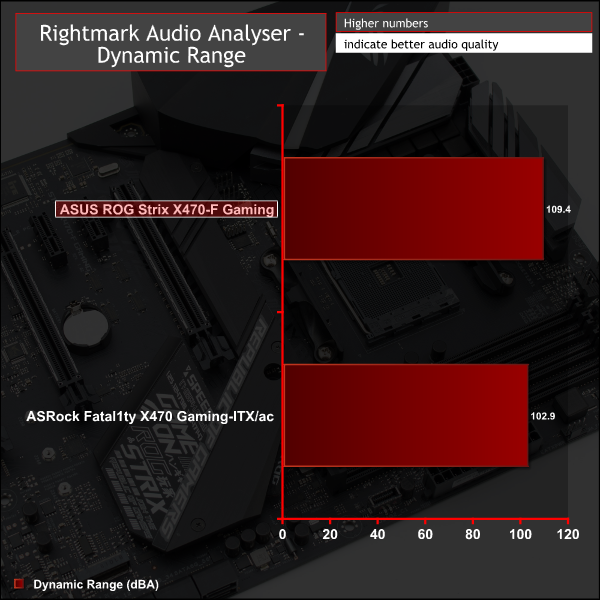 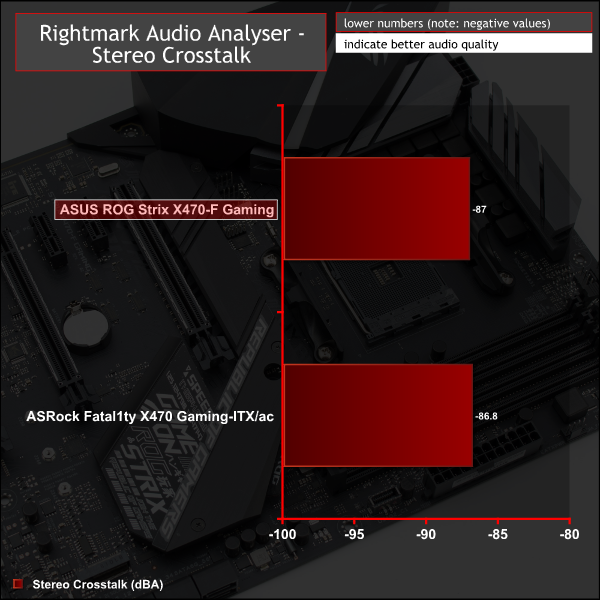 Audio performance returned a score of Very Good, with 7 Excellent and 1 Very Good rating in each of the main categories. The performance is in line with what we’ve seen from other Realtek ALC1220 codec based motherboards including Z370 motherboards using the same codec.