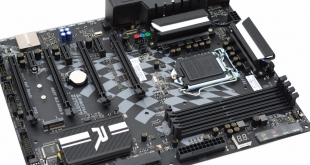 Biostar isn't the first brand that comes to mind for a mid-range gaming motherboard as the big four, ASRock, ASUS, Gigabyte and MSI, dominate this segment. However, with the Racing Z170 GT7 motherboard Biostar is throwing its hat into the ring. 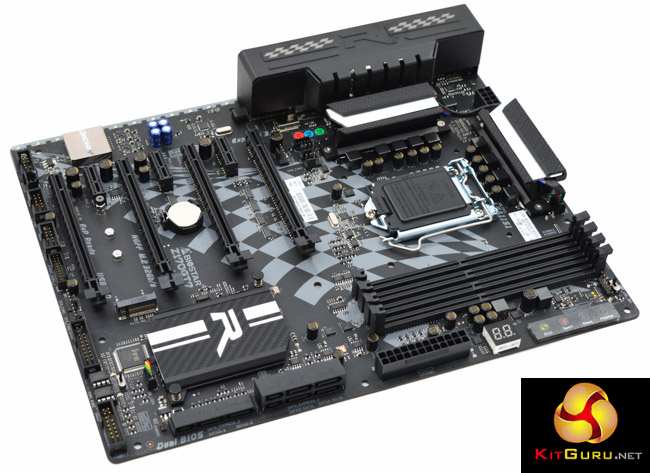 Biostar's Racing Z170 GT7 isn't just another mid-range gaming motherboard with a predictable array of features and onboard hardware. Biostar has differentiated itself in a fairly unique way: an onboard RGB lighting strip, RGB lighting built into the heatsinks and support for LED strips – a full complement of RGB-enabling features. For a motherboard that retails for around $165/£150 this alone is enough to catch the attention of prospective Z170 buyers.

The Racing Z170 GT7 doesn't skimp on connectivity either with the usual interfaces consumers have come to expect from Z170 – M.2 NVMe, USB 3.1 Type C and SATA Express as well as USB 3.0, Gigabit LAN and SATA III 6 Gbps. PCIe lanes are arranged to support 2-Way SLI or 3-Way CrossFireX with dual-slot spacing. Two of the 16X lanes run at 4X and are provided through the chipset (South Bridge), not by the CPU, so 3-Way and 4-Way SLI is not an option, neither is 4-Way CrossFireX.

Biostar's Racing branding is evident in the products design with a black and white chequered racing flag printed onto the PCB and rear I/O cover as well as an R emblem over the chipset heatsink and similar branding on the audio codec's shielding. Despite Biostar's best efforts styling still appears visibly “low-cost”, lacking some of the design and styling finesse of motherboards from the more reputable vendors.

Previous Opinion: Why I bought a MacBook Pro (and not a Windows Notebook)
Next Corsair Harpoon RGB gaming mouse