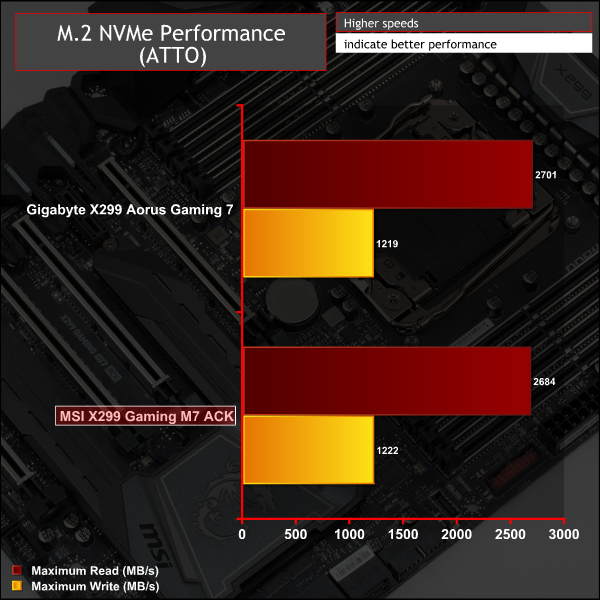 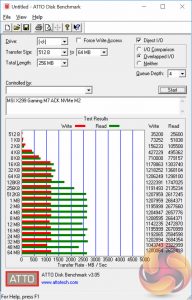 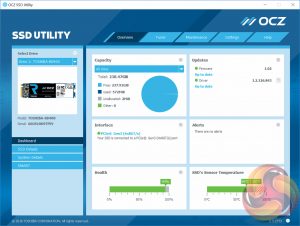 M.2 performance saturated the capability of the drive and we were impressed to see that MSI’s Shield Frozr M.2 cooling solution kept the M.2 drive well away from the throttling point. After three extended ATTO runs totalling close to 10 minutes temperatures still did not reach 70 degrees Celsius.

Admittedly, the use of an open air test bench for our benchmarking is probably favourable for the test results but we’ve seen almost every Z270 motherboard before this throttle under the same conditions. MSI’s definitely upped its game for M.2 drive cooling though we wonder if the cooling capability would start to turn into a “hot box” with two M.2 drives and a heat-heavy graphics cards above. 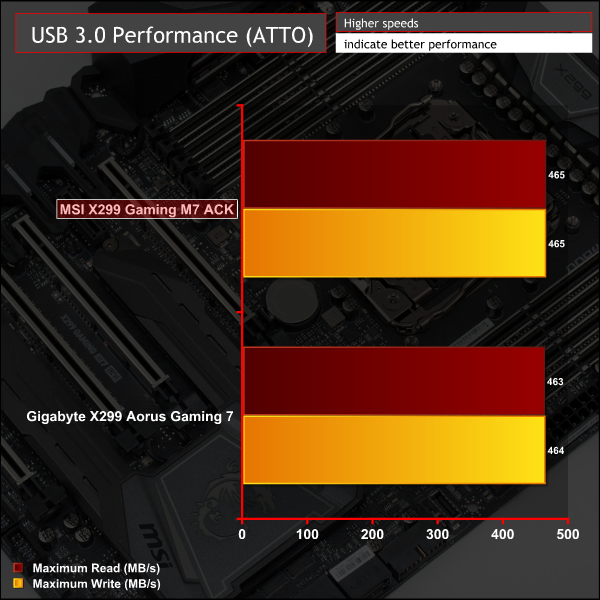 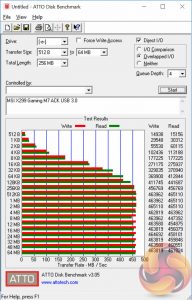 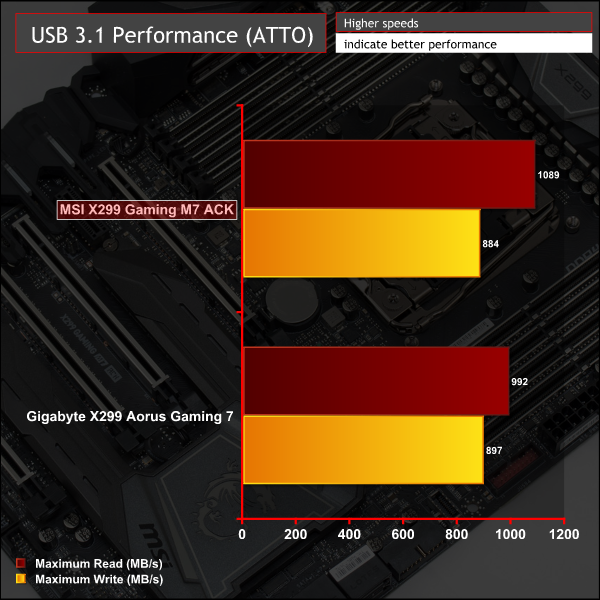 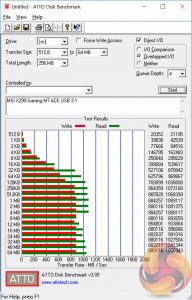 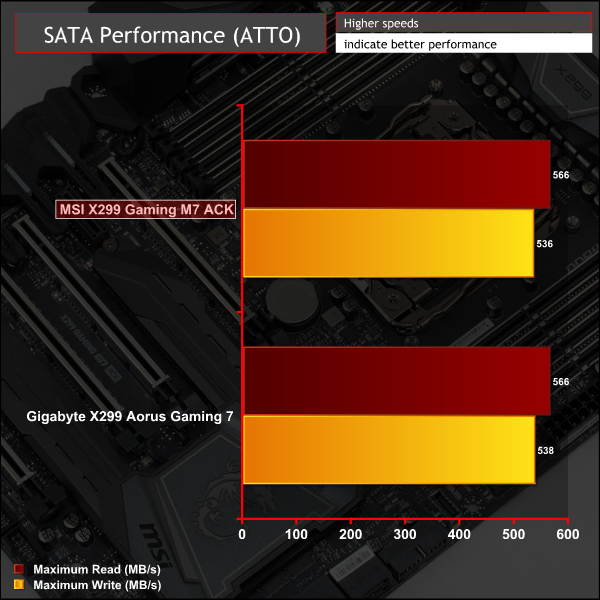 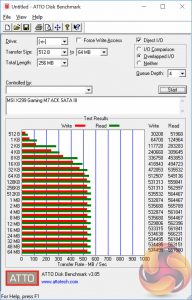 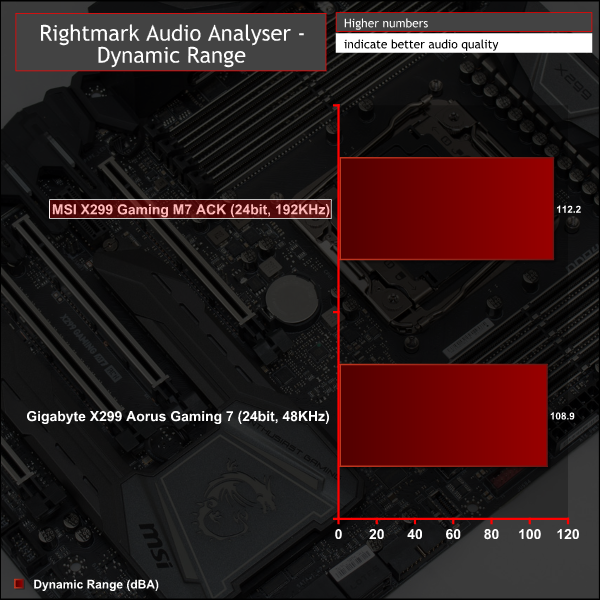 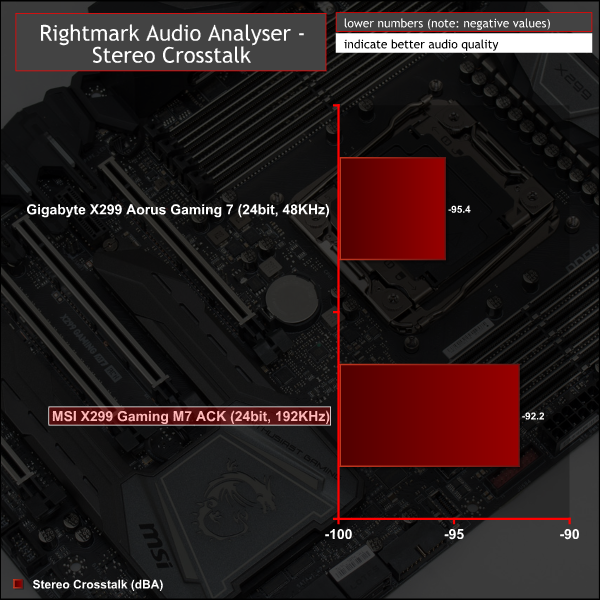 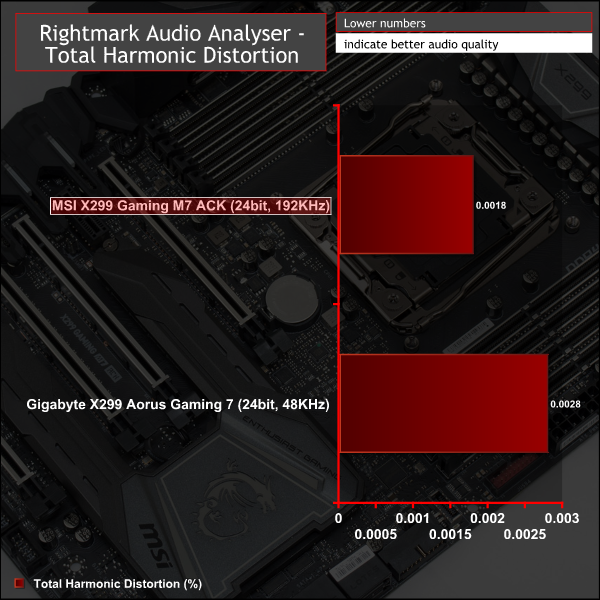 Audio performance was excellent across the range of tests noting that these test results are for one of the two ALC 1220 codecs. This board uses two codecs; one handling front audio and the other rear audio. Since both codecs are the same we’d imagine the front audio would achieve results just as good as the rear if it had the required audio jacks to allow loopback testing.