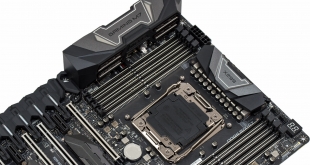 For the first time in a long while there is serious competition in the high-end consumer desktop space. Consumers are spoilt for choice between Intel's HEDT X299 platform and “up to eighteen core” i9/i7 CPUs  or AMD's X399 platform with “up to 16 core” Threadripper CPUs. Even with AMD's more competitive pricing Intel's hard-earned reputation for high-end desktop prowess and a higher maximum core count will make X299 motherboards, like the MSI X299 Gaming M7 ACK, a safe choice for enthusiasts and prosumers alike. 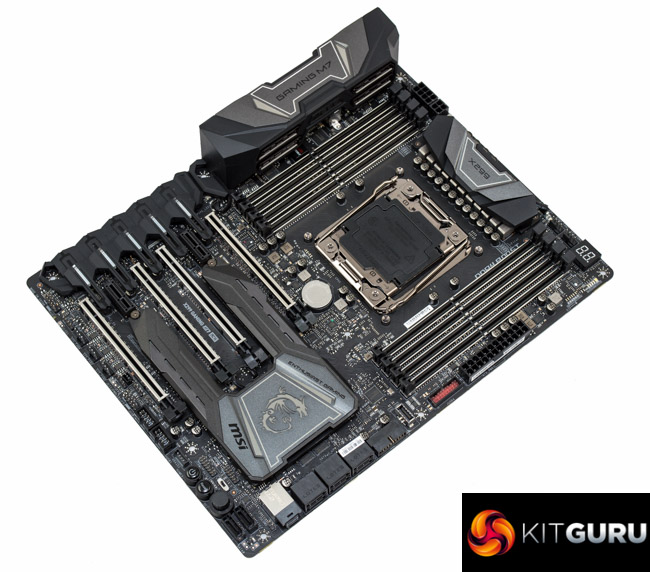 The (current) flagship i9 7920X processor for the Intel X299 platform is into four figures in both dollars and pounds so it should come as no surprise then that associated motherboards come bearing a similarly weighty price point. The strength of Intel's X299 platform is to be bolstered even further against AMD Threadripper come late September when Intel's 14, 16 and 18-core Skylake-X Core i9 CPUs are anticipated to launch. ASUS, ASRock, Gigabyte and MSI are all vying for a slice of that ultra-premium motherboard segment and MSI's candidate for consumer consideration is the MSI X299 Gaming M7 ACK.

There's nothing out of the ordinary about MSI's strategy; give the Gamer, Prosumer or General enthusiast just about everything they could reasonably want for a high-end desktop. There's a healthy range of connectivity including dual M.2, USB 3.1, Killer Double Shot Pro Ethernet and WiFi and abundant PCIe. Features such as dual ALC1220 audio codecs, RGB lighting, numerous overclocking buttons and features, 3D Printing Support, a nifty M.2 thermal solution and a bolstered 12-phase CPU VRM should arouse further interest.

As with most high-end motherboard solutions MSI's marketing materials amount to a short novel but when a consumer is parting with (£$)380 (or more) for the privilege of ownership nothing less would be expected. MSI faces fierce competition from the likes of the ASUS ROG Rampage VI Apex, ASRock X299 Gaming i9, Gigabyte X299 Aorus Gaming 9 and Gigabyte X299 Aorus Gaming 7, the latter of which we also have in for testing.

Let's dive deeper into what such a lavish sum of money buys you in the world of the high-end desktop.