To test the Supermicro SuperO C9X299-PG300 motherboard’s CPU overclocking potential, we set the CPU VCore as close to 1.20V as possible. We maintain the DRAM frequency at 3200MHz to take memory stability out of the overclocking equation.

Overclocking was simple and we were able to easily achieve 4.6GHz using 1.2 volts. Any more frequency gains required pushing voltage further and that lead to unacceptable temperatures, read more about our i9 7900X overclocking experiences here. 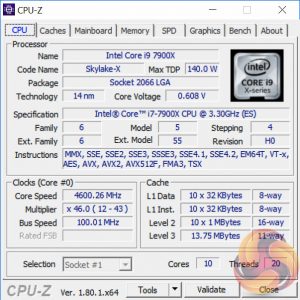 Overclocking brought no surprises – the CPU isn’t capable of more than 4.6GHz without going beyond our own 1.2v threshold. The minimum stable voltage to maintain 4.6GHz on the Supermicro SuperO C9X299-PG300 was 1.18v with the automatic Load Line Calibration. The motherboard sensors didn’t seem to report the core voltage correctly but the “VID” voltage on the CPU correctly reported the core voltage as 1.18v during overclocking, at stock the same voltage was 1.1v. 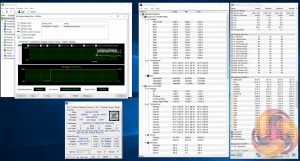 Unfortunately, there were no sensors on the Supermicro C9X299-PG300 that recorded any temperatures that were reported to be the VRMs or MOS. As such it is difficult to comment on the thermal state of affairs for the CPU VRM implementation. However, we experienced no signs of throttling relating to the VRMs during our multiple-hour testing suite.

Other media outlets have examined the thermal performance of this Supermicro motherboard with fairly impressive results. 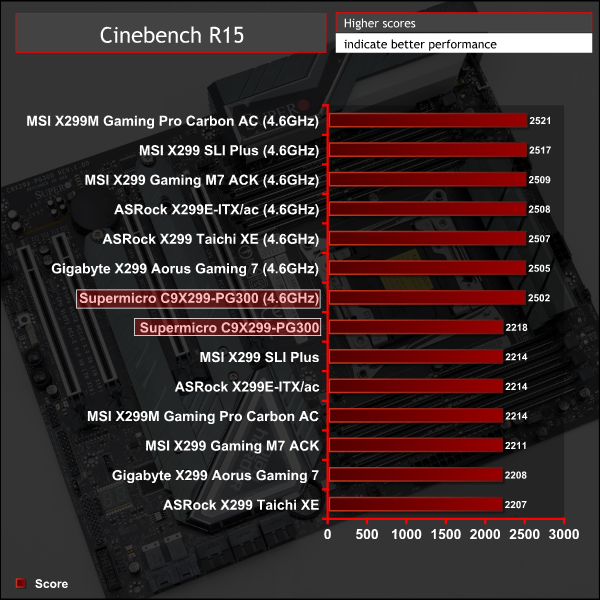 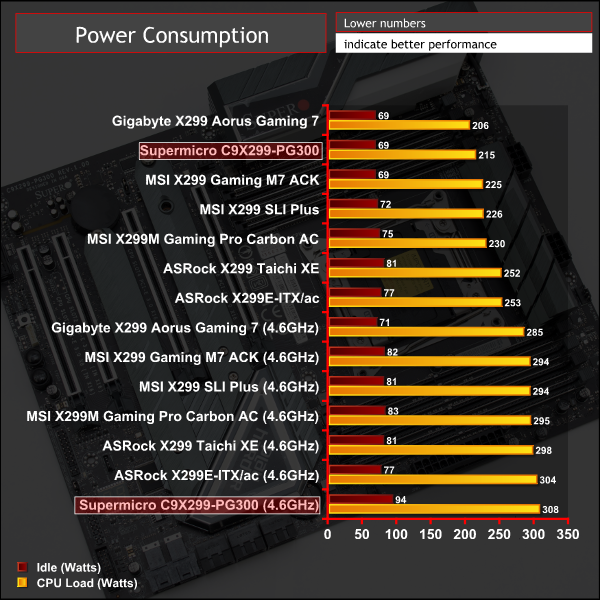