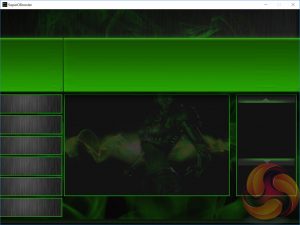 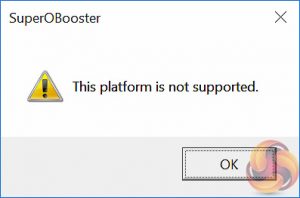 Supermicro’s SuperO Booster software is the main software package for the Supermicro C9X299-PG300. It is a somewhat similar idea to the likes of ASUS AI Suite, ASRock A-Tuning/F-Stream, Gigabyte EasyTune and MSI Command Center, except better unified. Supermicro earns credit for convenience since all its relevant and useful functionality sits inside this single software package.

That said the Booster software didn’t come without its initial setup problems for our particular test system. Supermicro does not supply a version of the software with the motherboard’s driver/utility DVD so we had to use the website downloaded version. The Supermicro website held two versions of the software 1.0.0.2 and 2.0.0.4 – both versions were incompatible with our test setup.

KitGuru approached Supermicro about the issue and shortly after the company provided version 2.0.1.12 which worked flawlessly. That said, at the time of writing this version is still not available for download on the Supermicro website meaning any prospective buyers of this motherboard would have to rely on the current version working for them.

Supermicro explained to us that our experiences represented an isolated case based on feedback received from its partners. However, if the same situation were to be encountered as us the user will be unable to use the software unless Supermicro updates its website to the new version or the customer proactively obtains a newer version through customer support channels. 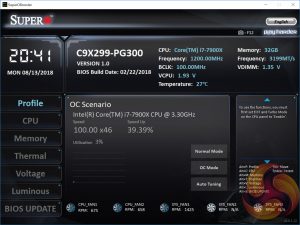 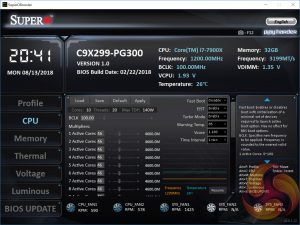 The SuperO Booster software looks a lot like the Supermicro UEFI. It has a similar set of tabbed displays for different themes and users can change a whole host of settings in Windows such as CPU and memory performance parameters and fan speeds.

The CPU section permits on-the-fly adjustments to the multiplier and base clock. 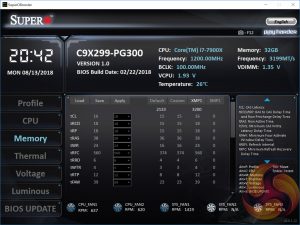 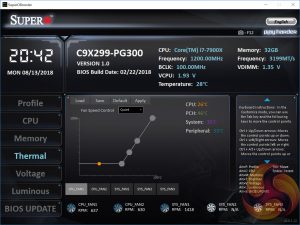 The fan speed controls are still the same 4-step solutions but the software does have a range of pre-defined profiles to choose from that the UEFI didn’t have. 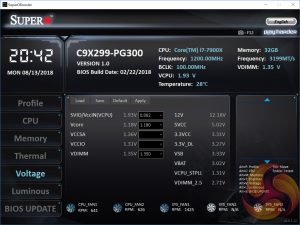 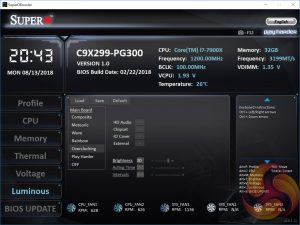 The voltage section is as it sounds, and allows for on-the-fly adjustments to the various key voltages used by the system.

Luminous is the part of the software that allows for the customisation of the onboard RGB LEDs using a range of presets (the options listed under Main Board). Only the composite lighting mode gives the option to change colours and lighting patterns for each of the four zones independently – HD audio, chipset, IO cover and external (the two LED strip headers are treated as a single RGB object).

In composite there are three lighting modes that can be used – static, alarm (quick flashing) and breathing (slow pulsing) – with any colours across any combination of the four lighting zones. 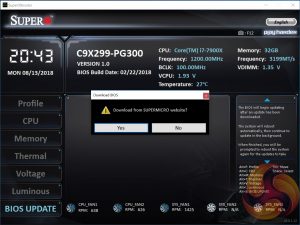 The BIOS Update section allows the UEFI to be updated directly from the Supermicro website. 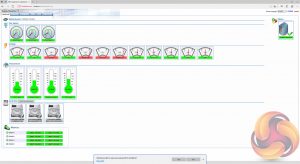 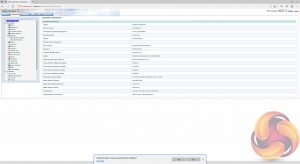 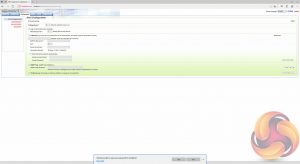 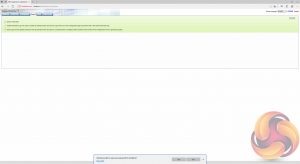 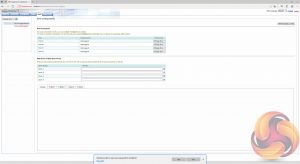 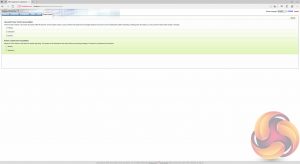 Supermicro SuperDoctor 5 comes with the driver/utility DVD but isn’t on the Supermicro website. It’s a very niche software utility that runs a local web server on the machine to monitor and configure the system through a web interface, the default login is ADMIN/ADMIN. It’s a tool that looks and feels like a system administrator utility and it loses a lot of its useful functionality with the C9X299-PG300 since IPMI isn’t supported.

It’s probably worth skipping for most users as the functionality can be found in SuperO Booster software or in the UEFI BIOS.