The following graph shows the unit’s total performance rating, comparing it to other units we have tested. To be more specific, the tested unit is shown as 100 percent, and every other unit's performance is shown relative to it. 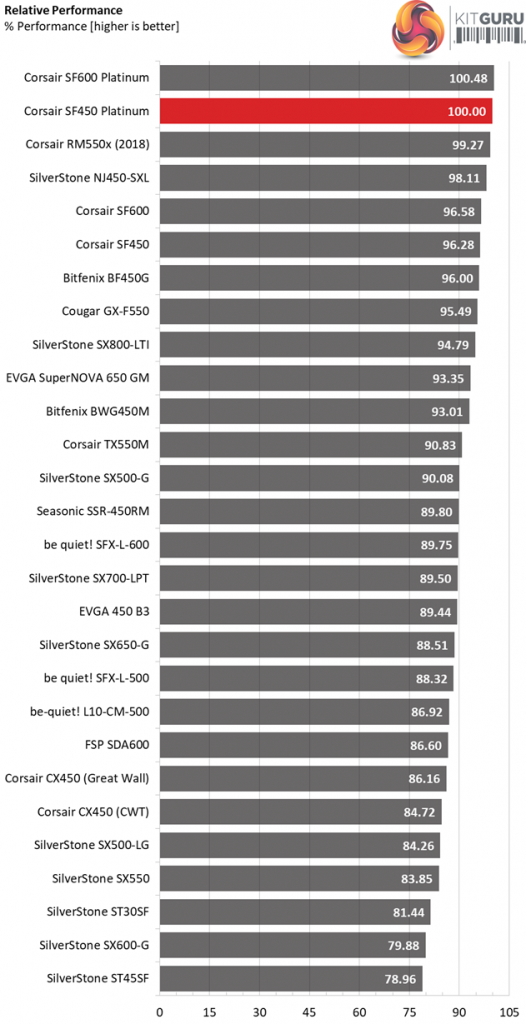 The SF450 and SF600 Platinum are the performance leaders in the small form factor category, with SilverStone's passive SFX-L model following closely.

The following chart may be the most interesting to many of you because it depicts the product’s performance-per-dollar score. We looked up the current price of each PSU on popular online shops and used those prices and all relative performance numbers to calculate the index. Note that all of the numbers in the following graphs are normalized by the rated power of each unit. 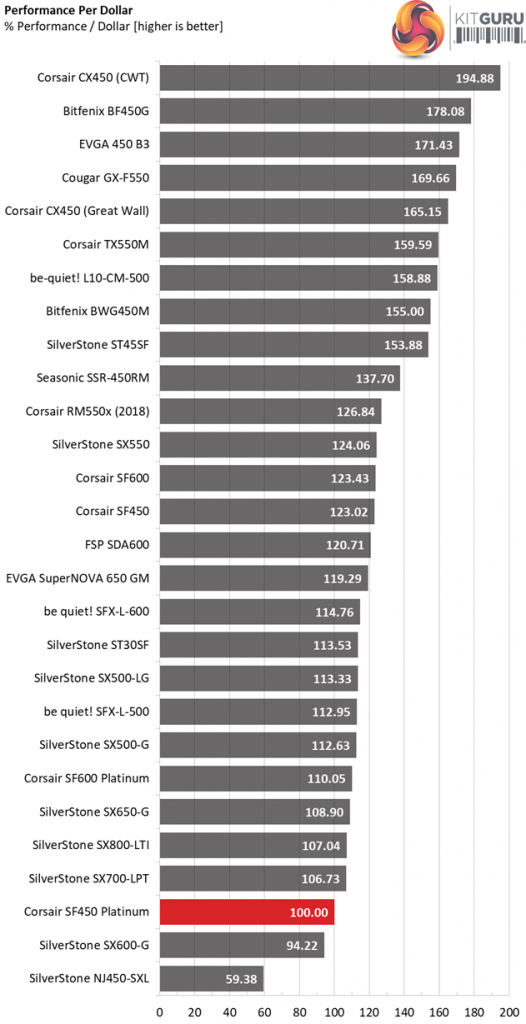 The Gold SF450 achieves a notably higher performance per buck score, thanks to its lower price tag. If you want top-notch efficiency though, then the Platinum model is definitely the one to get.

The graph below depicts the cooling fan's average noise over the PSU's operating range, with an ambient temperature between 30°C and 32°C (86°F to 89.6°F). 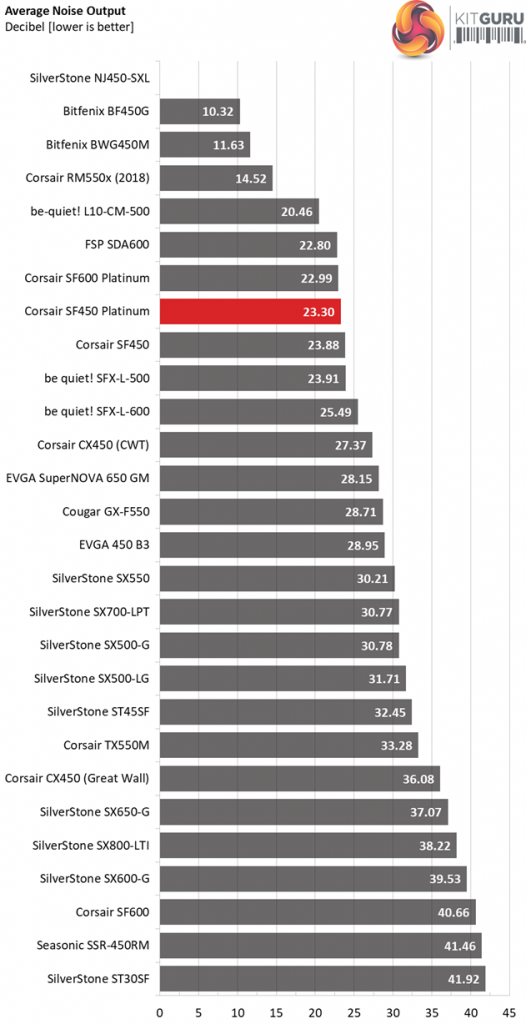 The difference in overall noise output is not so large between the Gold and Platinum SF450 models. On the contrary, the difference is enormous in the SF600 units.

The following graph shows the PSU's average efficiency throughout its operating range, with an ambient temperature close to 30°C. 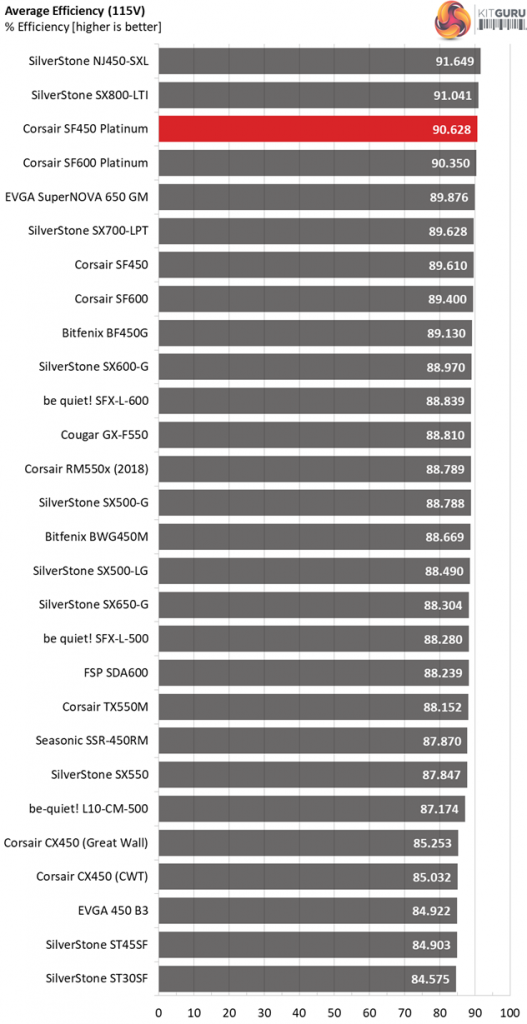 The SF450 Platinum is very close to the requirements of the Cybenetics ETA-A+ standard (>91% overall efficiency), which even a number of 80 PLUS Titanium units fail to meet. With a little more tuning this platform could meet the Titanium requirements, but it would probably had to sacrifice performance in other areas.