Using results from the previous page, we plotted a chart showing the SF450’s efficiency at low loads, and loads from 10 to 110 percent of its maximum-rated capacity. 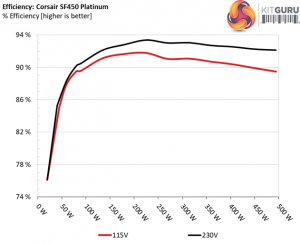 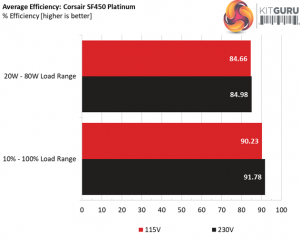 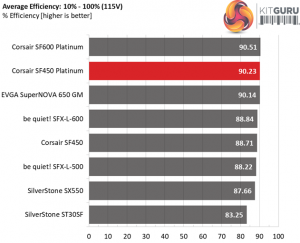 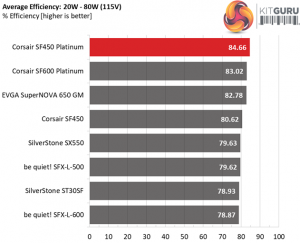 Under normal loads the SF450 Platinum loses only to its big brother, the SF600 Platinum, while with light loads it clearly takes the lead.

In the following tests, we measure the SF450's efficiency at loads significantly lower than 10 percent of its maximum capacity (the lowest load the 80 PLUS standard measures). The loads we dial are 20, 40, 60, and 80W. This is important for representing when a PC is idle, with power-saving features turned on.

This platforms efficiency under light loads is nothing less but impressive! Moreover, the fan doesn't spin at all during those tests so the output noise is minimal. 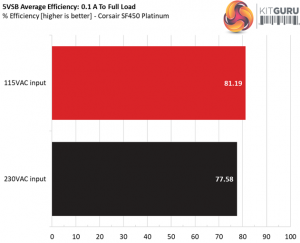 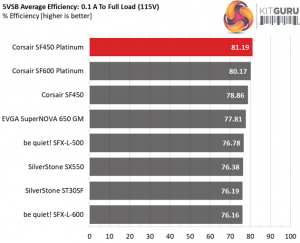 Great Wall vastly improved the efficiency of the 5VSB rail. The new SF Platinum models easily beat the competition and they are able to put to shame as well, many high-end ATX offerings. Unfortunately not many manufacturers pay attention to this rail's efficiency, so it is great to see such designs. 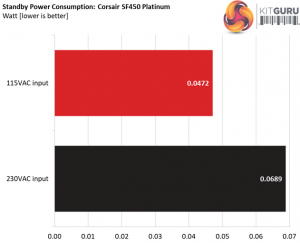 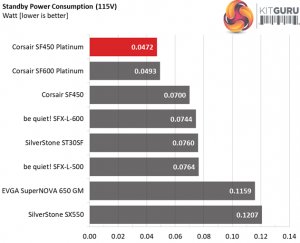 The energy needs in idle are kept at very low levels, with both voltage inputs that we apply.

The first chart below illustrates the cooling fan's speed (in RPM), and the delta between input and output temperature. The results were obtained at 37°C (98.6°F) to 47°C (116.6°F) ambient temperature. 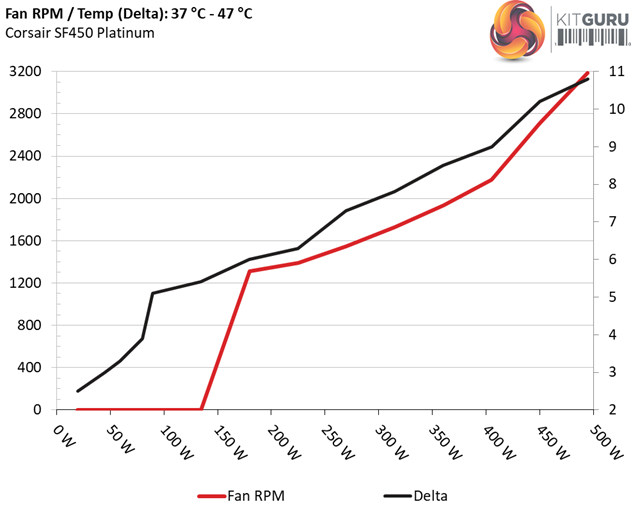 The next chart shows the cooling fan's speed (again, in RPM) and output noise. We measure acoustics from one meter away, inside a hemi-anechoic chamber. Background noise inside the chamber is below 6 dB(A) during testing (it's actually much lower, but our sound meter’s microphone hits its floor), and the results are obtained with the PSU operating at 37°C (98.6°F) to 47°C (116.6°F) ambient temperature. 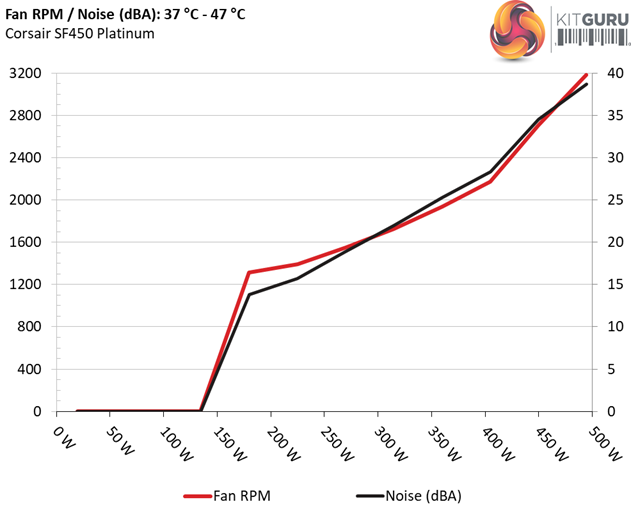 The following graphs illustrate the fan's output noise and speed over the PSU's operating range. The same conditions of the above graph apply to our measurements, though the ambient temperature is between 30°C (86°F) to 32°C (89.6°F). 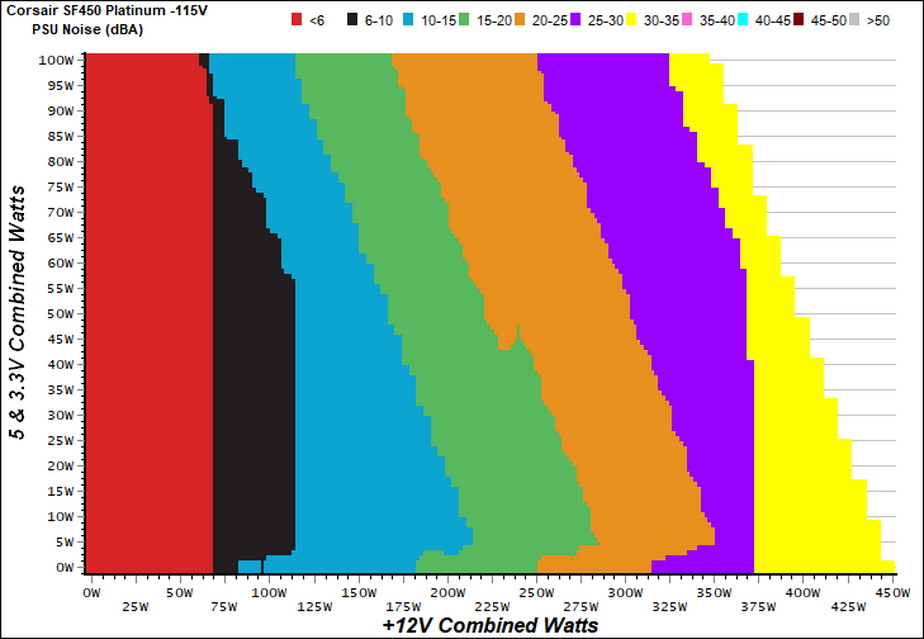 The semi-passive mode doesn't last long, since we heavily stress the minor rails during those tests and as it seems its operation also takes into account the temperatures of the DC-DC converters, that generate 5V and 3.3V. 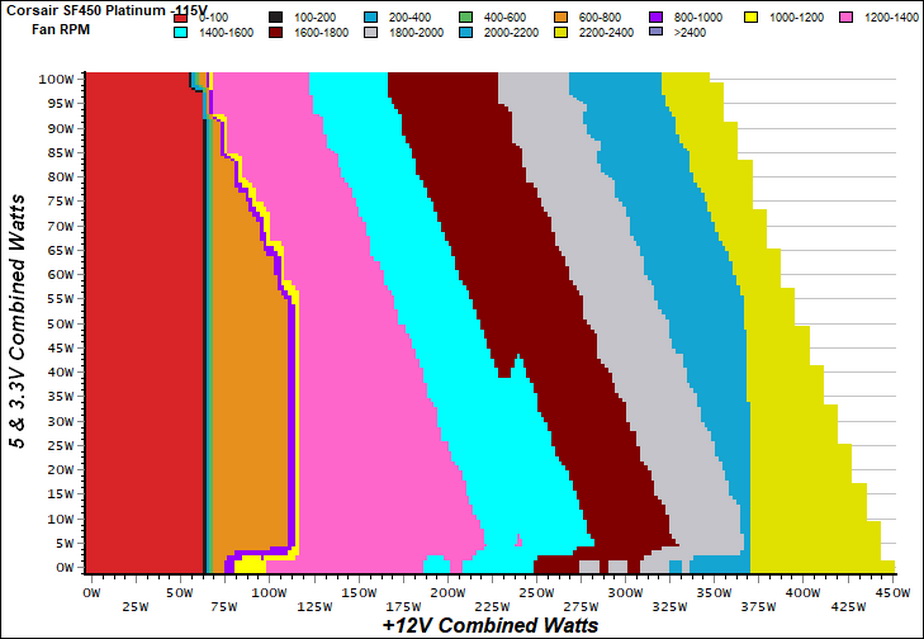