Our protection features evaluation methodology is described in detail here.

The over current triggering point at +12V is at a good level, and the same goes for the corresponding setting of the over power protection feature, which doesn't allow the PSU to deliver more than 130% of its nominal power output.

Typically OCP is set quite high on the minor rails (5V and 3.3V), while it is reasonably set at 5VSB. The good thing here is that none of the rails exceeds the ATX ripple and load regulation limits under worst case scenario. A properly configured protection feature must never allow this to happen.

There is over temperature protection and as we expected it is set high, since this unit features a semi-passive operation. Finally, there is short circuit protection on all rails and the power ok signal is accurate.

According to Intel’s most recent Power Supply Design Guide (revision 1.4) the +12V and 5V voltages must be equal or greater than the 3.3V rail’s output at all times, during the power-up and normal operation. For our first measurement, we turn the unit off and switch it back on without any load in any of the rails.

In the second test, we set the PSU to standby mode, dial full load and start it afterwards. In the last test, while the power supply is completely switched off (we cut off the power or switch the supply off through its power switch), we dial full load before restoring power.

It looks like that we have a problem here, since the +12V rail starts late as you can clearly see in the first two scope shots. This means that the 3.3V rail is at a higher level than 12V, during the PSU's start up and there is also a cross correlation between the 3.3V and 5V rails. MEIC has to fix this platform's power sequencing according to Intel's specifications. Strangely enough during the last test “PSU Off to Full Load” the +12V rail starts to rise before 3.3V. 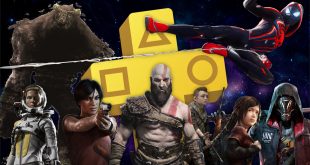