Using results from the previous page, we plotted a chart showing the TPG-750AH3FSGR’s efficiency at low loads, and loads from 10 to 110 percent of its maximum-rated capacity. 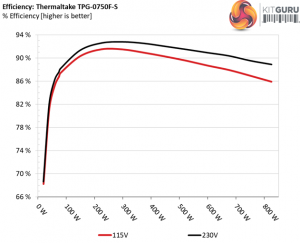 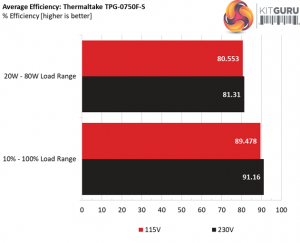 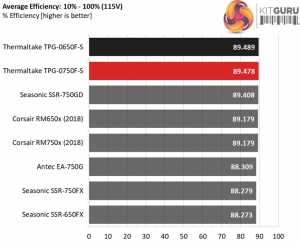 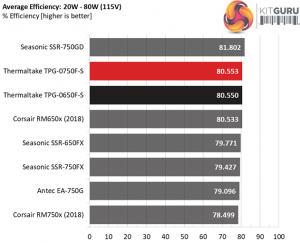 Both Thermaltake units have high efficiency under both light and normal loads, with their results being very close.

In the following tests, we measure the TPG-750AH3FSGR’s efficiency at loads significantly lower than 10 percent of its maximum capacity (the lowest load the 80 PLUS standard measures). The loads we dial are 20, 40, 60, and 80W. This is important for representing when a PC is idle, with power-saving features turned on.

We measure high efficiency under light loads. The passive operation also helps in this, since the fan doesn’t consume any power and with such low loads even few Watts can make a difference. 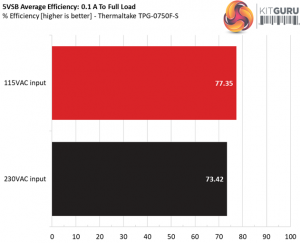 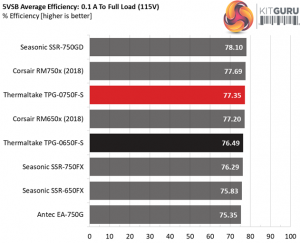 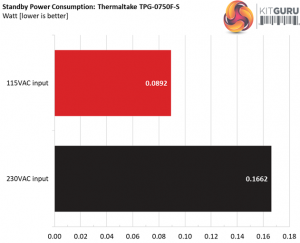 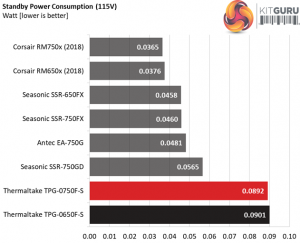 As you can see the vampire power levels are notably higher than the competition’s. With lower power consumption in standby the 5VSB rail would be more efficient under light loads. 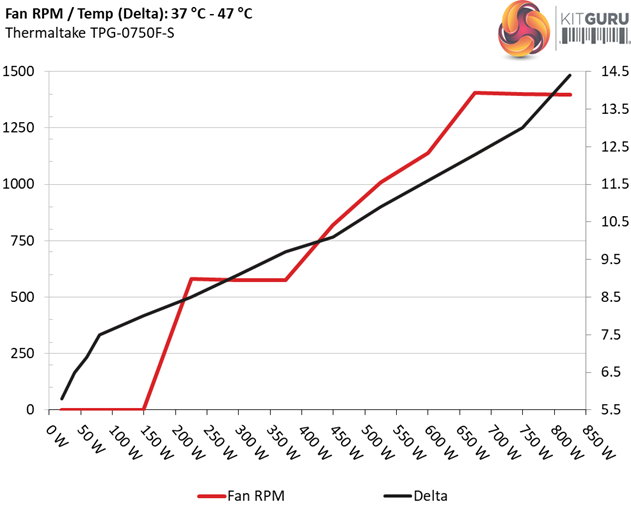 The next chart shows the cooling fan’s speed (again, in RPM) and output noise. We measure acoustics from one meter away, inside a hemi-anechoic chamber.

Background noise inside the chamber is below 6 dB(A) during testing (it’s actually much lower, but our sound meter’s microphone hits its floor), and the results are obtained with the PSU operating at 37°C (98.6°F) to 47°C (116.6°F) ambient temperature. 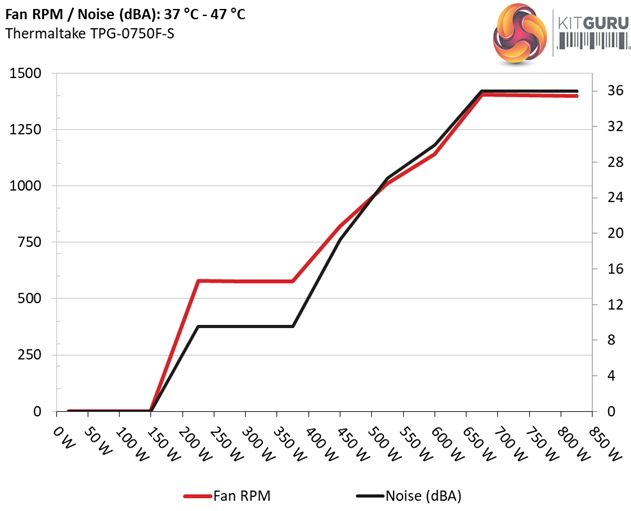 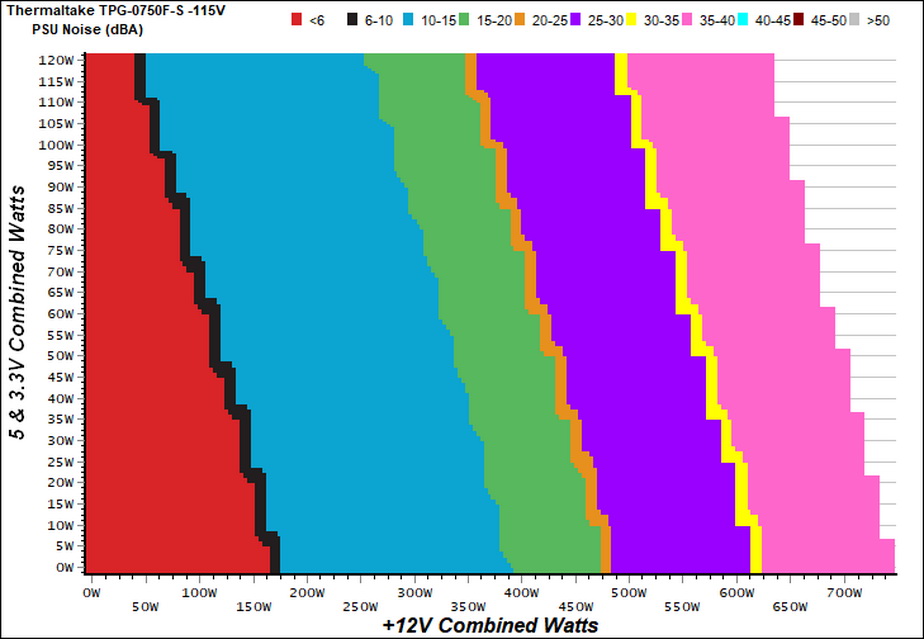 The semi-passive operation lasts till the load reaches 180W at +12V. The fan enters the noisy 35-40 dB(A) region with higher than 625W loads at +12V, and as you will notice the more the stress on the minor rails the higher the noise output. 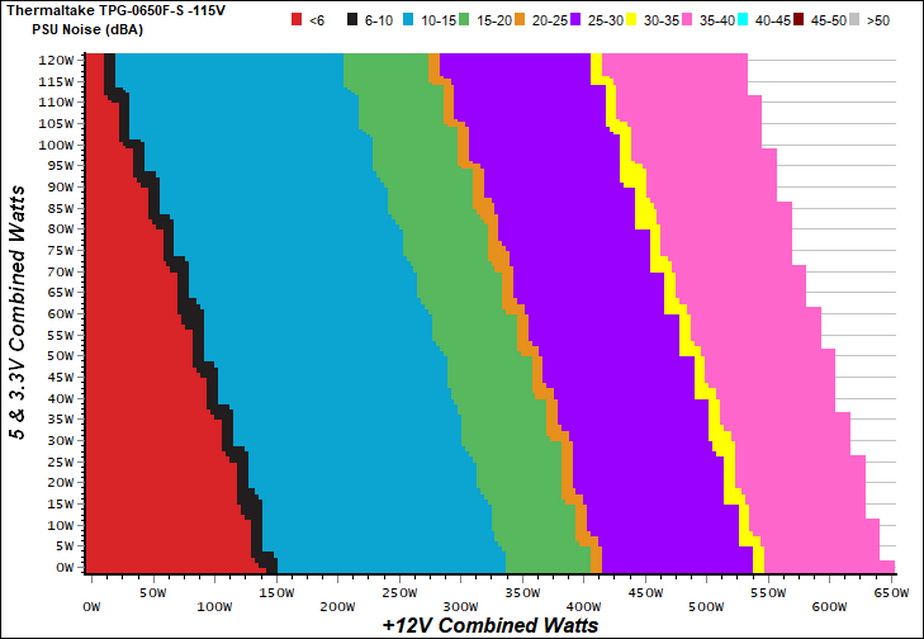 The 650W unit seems to have a similar fan speed profile with its large brother, adjusted of course to its lower capacity.