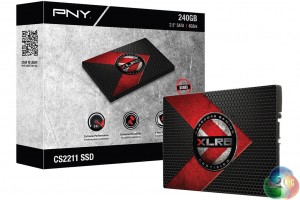 The front of the PNY CS2211 box has the drives capacity clearly labelled while the rear of the box has a small specification and performance panel and some marketing text in four languages.

There’s not much inside the box, just a 2.5mm spacer to aid the fitting of the drive into a 9mm bay of the larger format notebooks. 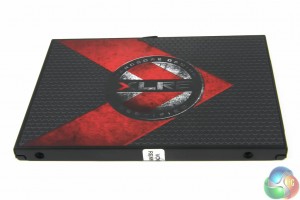 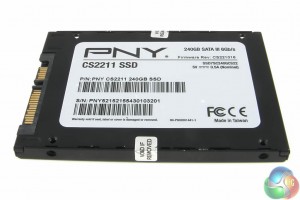 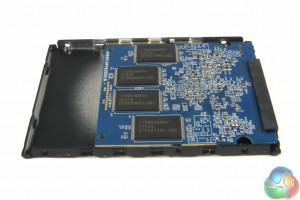 The chassis is of the ‘clipped together’ type so it needs a little gentle persuasion with a small screwdriver to get the chassis apart. Beware though, doing this voids your warranty in one fell swoop. The PCB of the 240GB version of the CS2211 fills around three quarters of the enclosure. 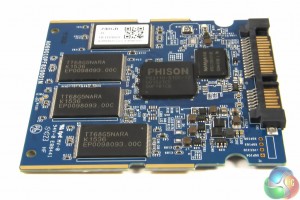 One side of the PCB holds four NAND packages of Toshiba 15nm MLC NAND while on the flip side there are another four NAND packages, the Phison PS3110-S10C controller and a 256MB Nanya DDR3L-1600 chip which takes care of the cache duties.

Phison’s PS3110-S10 is a 8-channel quad core controller built on a 55nm process. It supports MLC/TLC NAND and has static and dynamic wear-leveling built in as well as support for end-to-end data path protection.