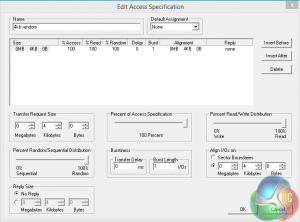 We test with both random read and write 4k tests, as shown above. There are many ways to measure the IOPS performance of a Solid State Drive, so our results will sometimes differ from manufacturer’s quoted ratings. We do test all drives in exactly the same way, so the results are directly comparable. 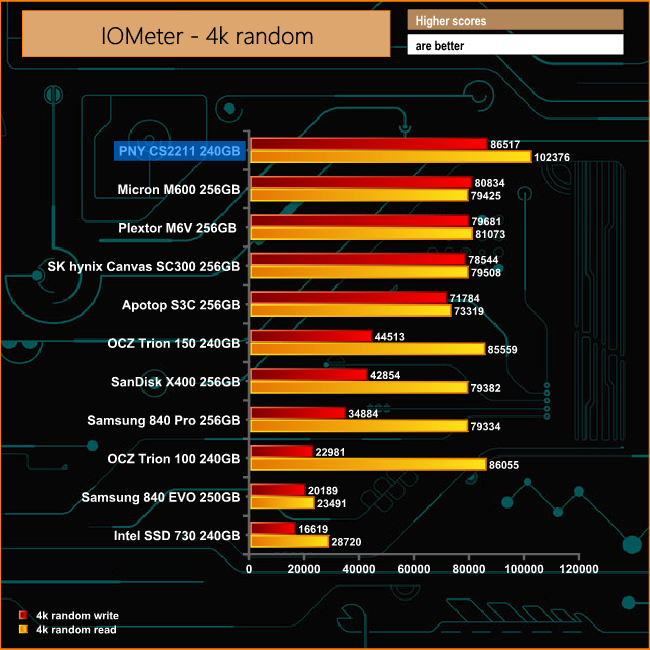 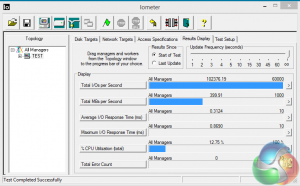 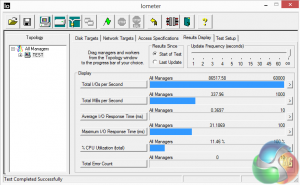 The CS2211 might have struggled a little in the deep depth  4K Q32 test of CrystalDiskMark but when it was tested with a much shallower queue depth of 1 it really flies. The write performance is good at 86517 IOPS, a little under the official figure of 87000 IOPS while the read performance is outstanding at 102376 IOPS making the official figure of 95000 IOPS look a tad conservative.