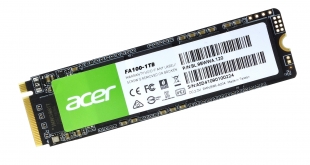 Released at the same time as the SA100 2.5in SATA drive we recently reviewed, the FA100 is the first Acer-branded NVMe M.2 drive. The PCIe Gen3 x4 FA100 uses a combination of 3D TLC NAND and a 4-channel controller. Is it worth the £89.99 asking price? 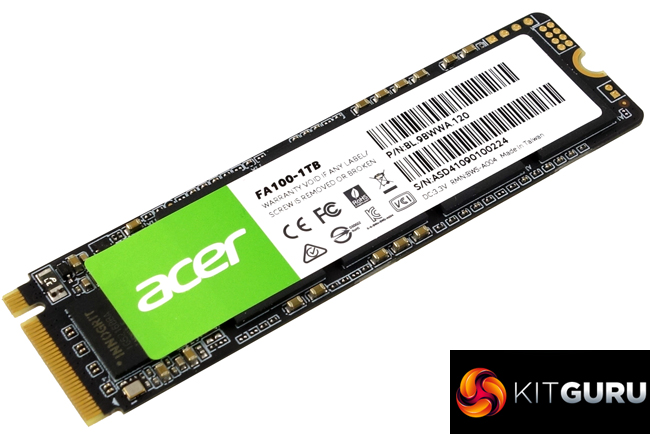 Power consumption for the 1TB model is listed as 1.70W active read, 3.86W active write and 1.03W idle. Acer quotes a TBW endurance figure for the drive of 600TB and it's backed by a 5-year warranty.