PCMark 8’s Consistency Test provides a huge amount of performance data, so here we’ve looked a little closer at how the 960GB Force MP510 performs in each of the benchmarks test suites. 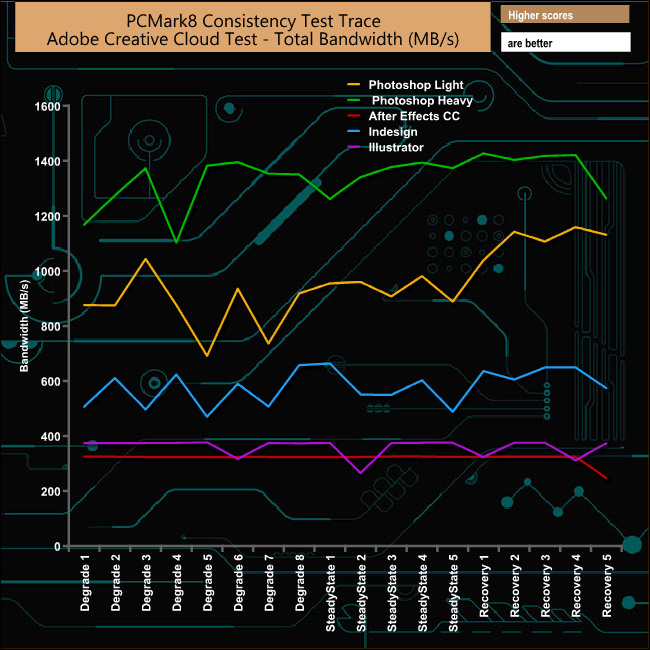 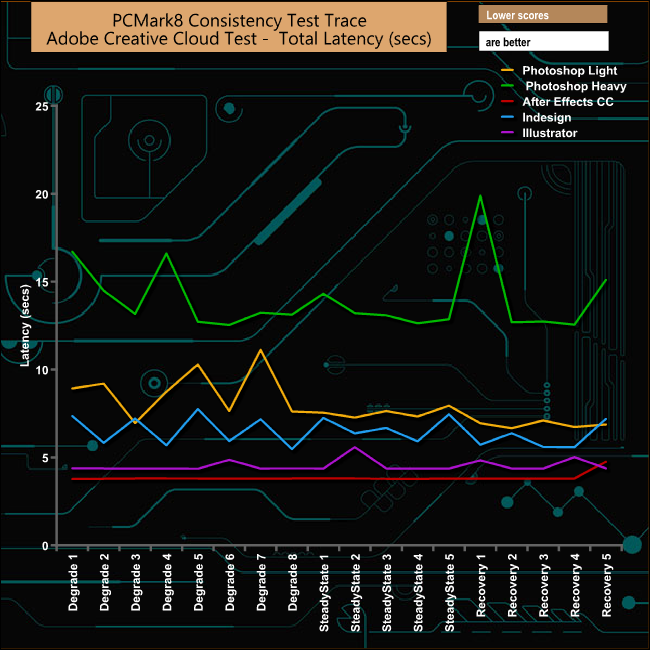 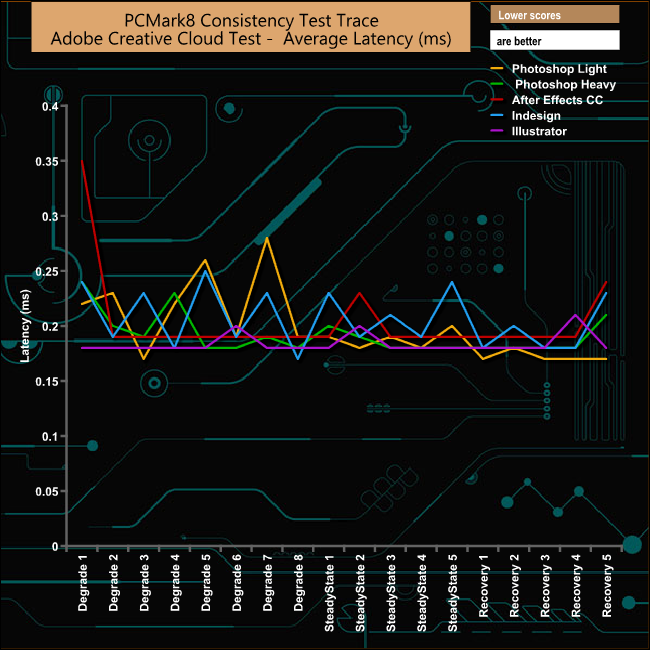 In the Adobe CC part of the test it’s usually the Photoshop heavy test trace that causes a drive problems, but here the MP510 handled that test well and it was the Photoshop Light test that caused the drive to suffer. 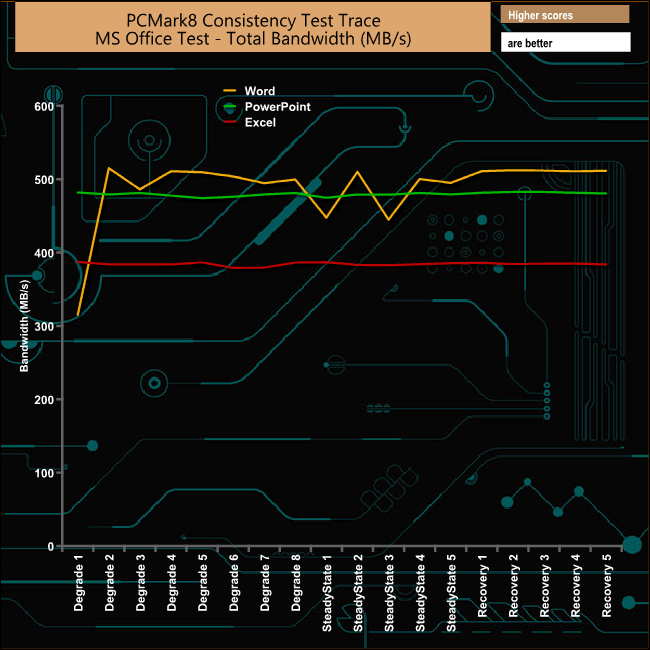 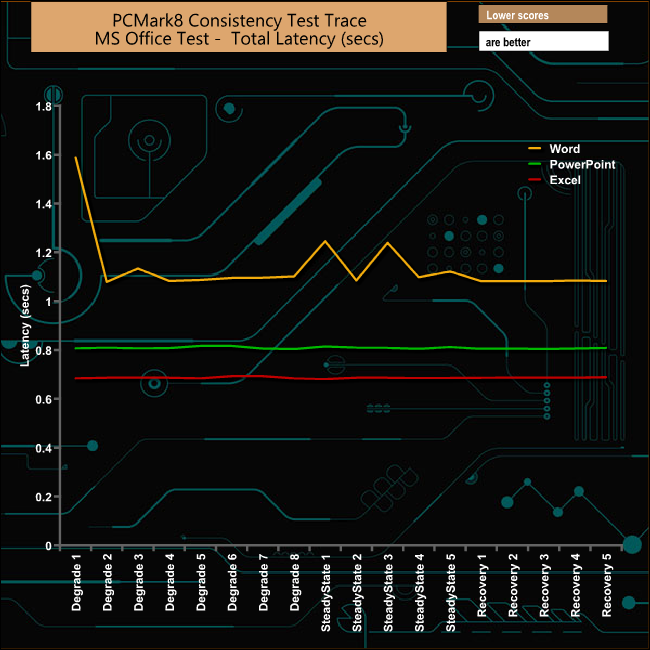 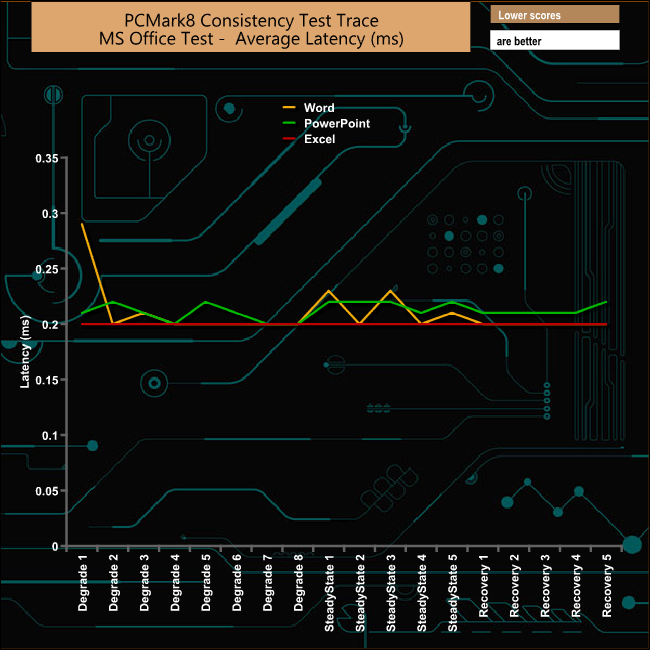 As is usual in the Microsoft Office section of the benchmark it’s the Word test trace that causes problems. Having said that the MP510 deals with it more efficiently than many drives we’ve seen recently. 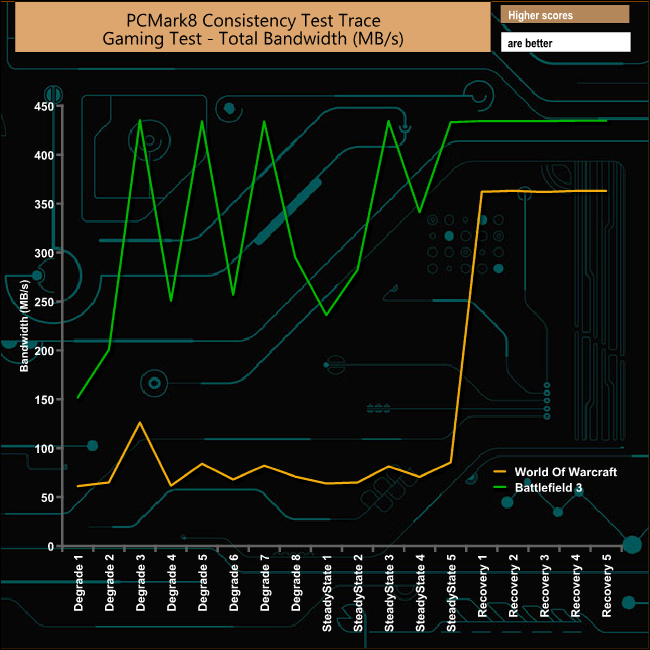 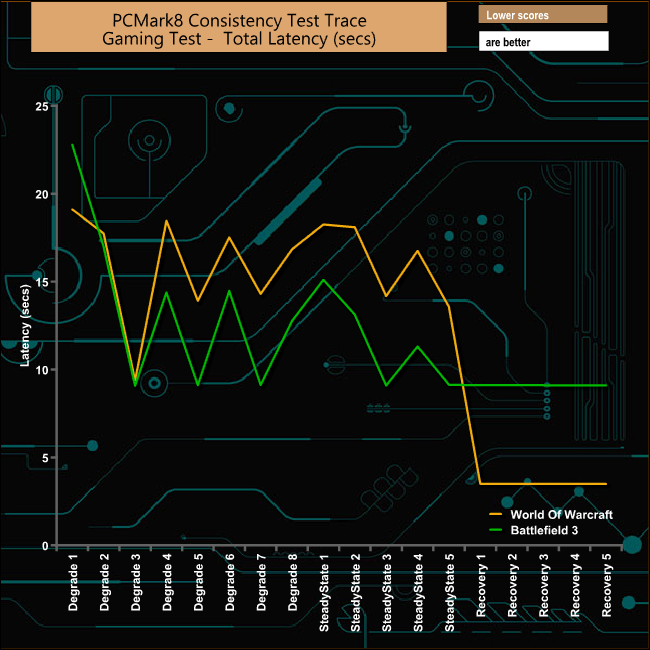 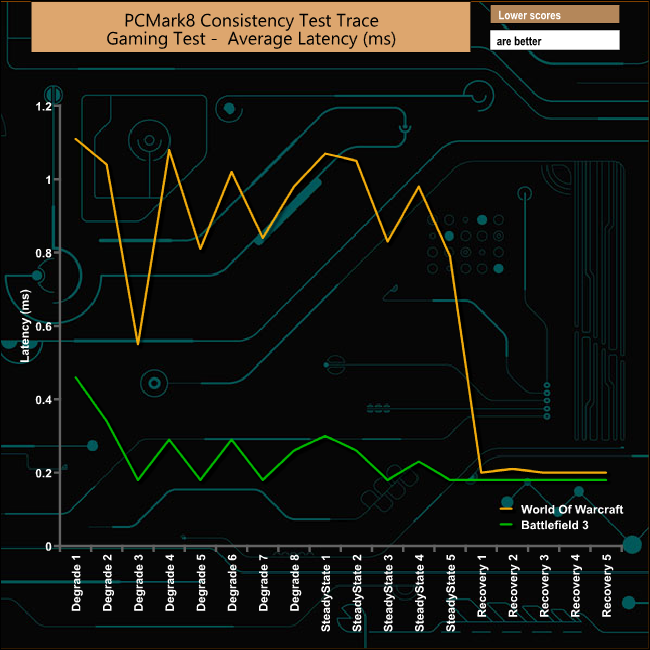