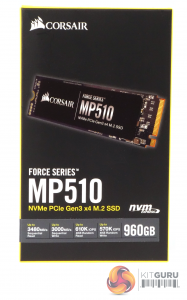 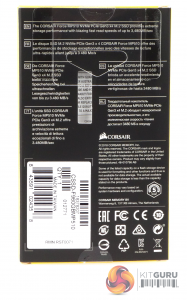 The MP510 comes in an attractive slim box, finished in black and yellow with an image of the drive on the front. Along with that image, there is also a panel that gives the drive’s capacity along with figures for Sequential and 4K random read/write performance. Most of the rear of the box is taken up by multilingual marketing text.

The 960GB drive is built on a double sided M.2 2280 format. Under the main label (which doesn’t have the copper layer built into it like the MP500) sit two Toshiba 64-layer 256Gb BiCS3 3D TLC NAND packages, the Phison PS5012-E12 controller and one of the two SK hynix DDR4-2400 ICs looking after the drives cache duties. The other side of the PCB has another pair of NAND packages and the other SK hynix DDR4 chip.

Phison’s PS5012-E12 is their second generation PCIe Gen3 x4 NVMe controller. The 8-channel controller is built on a TSMC 28nm process and has been designed to work with TLC and QLC NAND technologies with support for Phison’s SmartECC and the latest LDPC (Low-Density Parity Check) error correction as well as AES256, TCG OPAL and TCG Pyrite hardware encryption support. With 8 NAND channels and 32 NAND chip enable lines, the maximum amount of NAND the controller can support is 8TB. 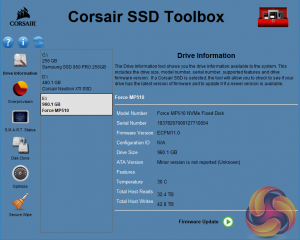 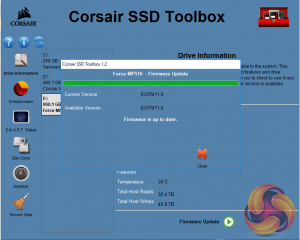 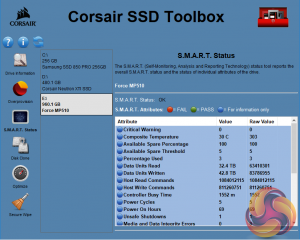 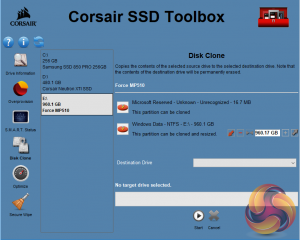 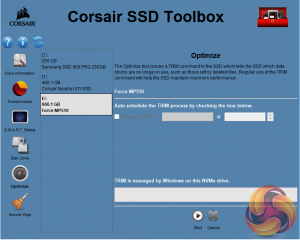 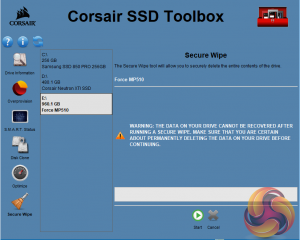