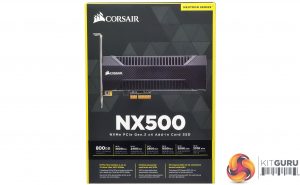 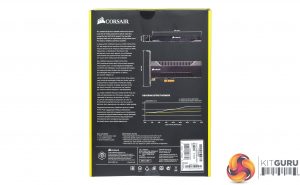 The Neutron NX500 comes in a stylish box with a good, clear image of the drive on the front. The drive image and the model number are raised slightly off the box surface and have a high gloss finish.

A band runs along the front of the box and down both sides which displays the drive’s capacity (with is repeated on both side panels) and Sequential and 4K random read/write performance figures. Under this band are three panels with brief information points about the NMVe PCIe interface, the drive performance and the PCIe x4 interface. 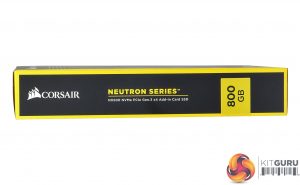 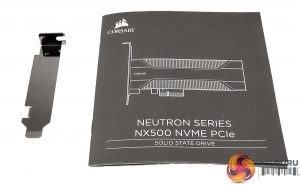 Bundled in with the drive is a low profile bracket and a quick installation guide. 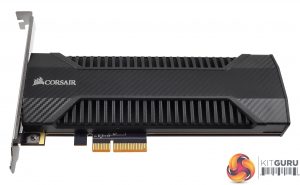 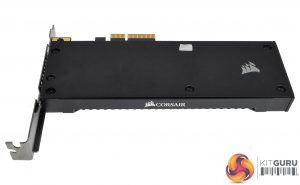 The PCB is completely covered by an attractive looking heatsink/cooler on the front, with the centre section sporting a neat carbon fibre-like finish. The rear of the PCB is covered by a plain plate with the Corsair logo on it.

The PCIe mounting bracket has a neatly designed grill cut in it to aid in the cooling of the drive. 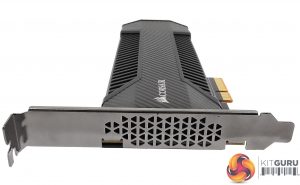 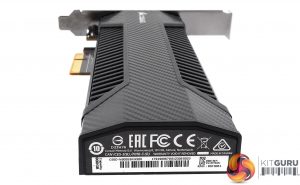 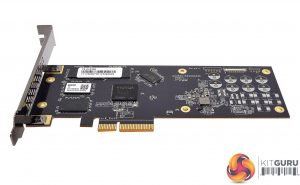 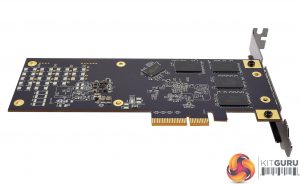 The 8-channel PS5007-E7 is Phison’s first NVMe controller and features SmartECC, which reconstructs faulty pages due to ECC failures, SmartRefresh which monitors ECC health status and refreshes ECC blocks periodically which improves data retention and SmartFlush. SmartFlush cuts down the amount of time any data is spent in cache which helps to ensure maximum data retention should the drive suffer a power loss. 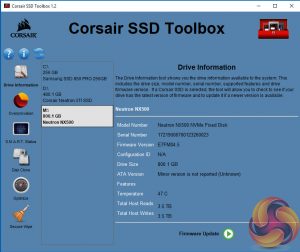 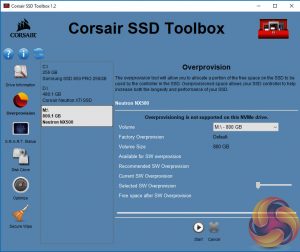 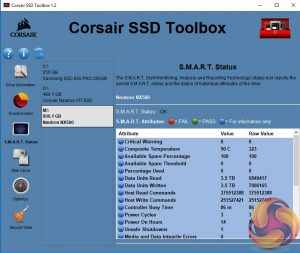 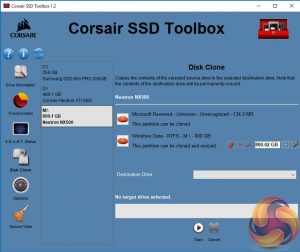 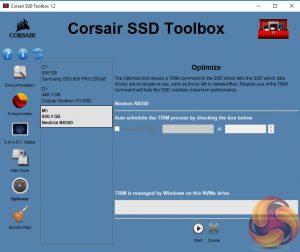 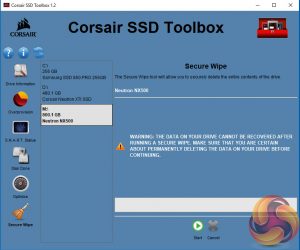 Corsair’s SSD management software is called SSD Toolbox. It displays drive and S.M.A.R.T information as well as enabling firmware updates, secure wipe and manually adjusting the drive’s over-provisioning and TRIM operations. There is also a Disk Clone utility to copy the contents of one drive to another.