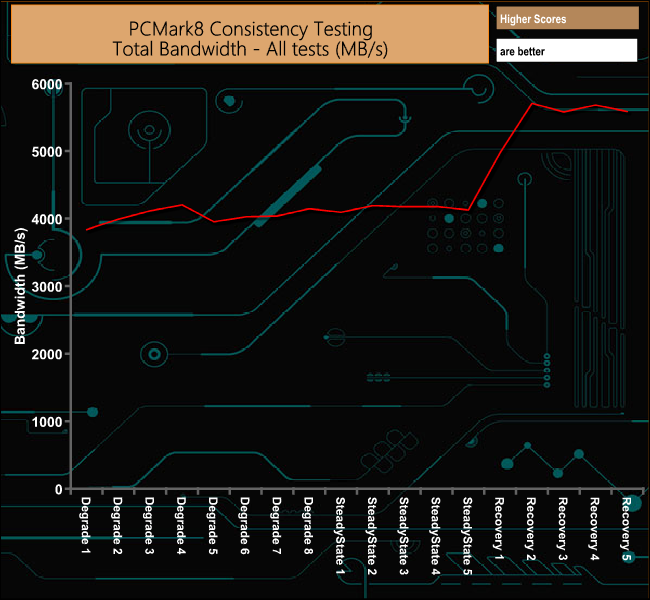 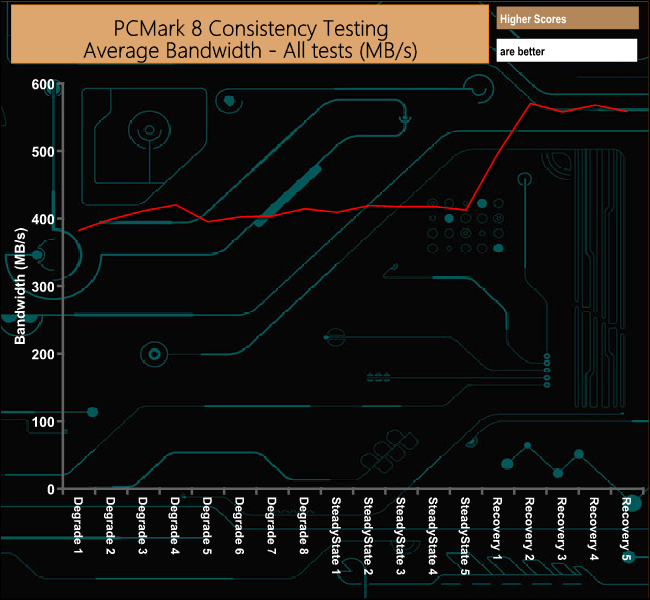 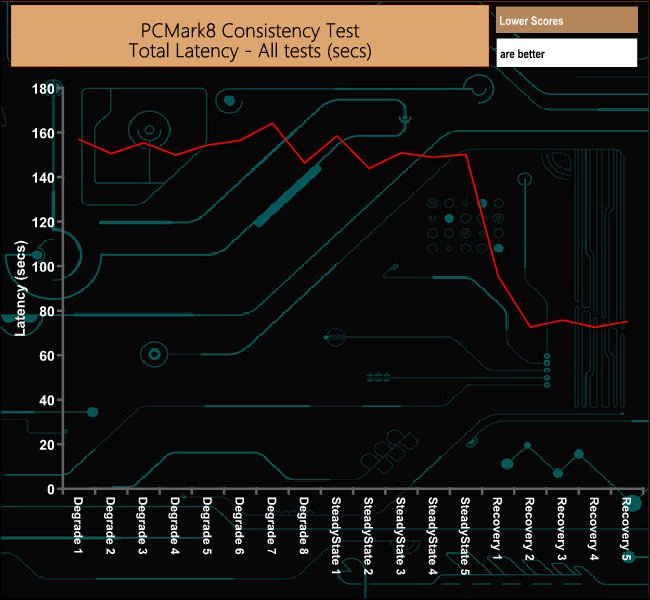 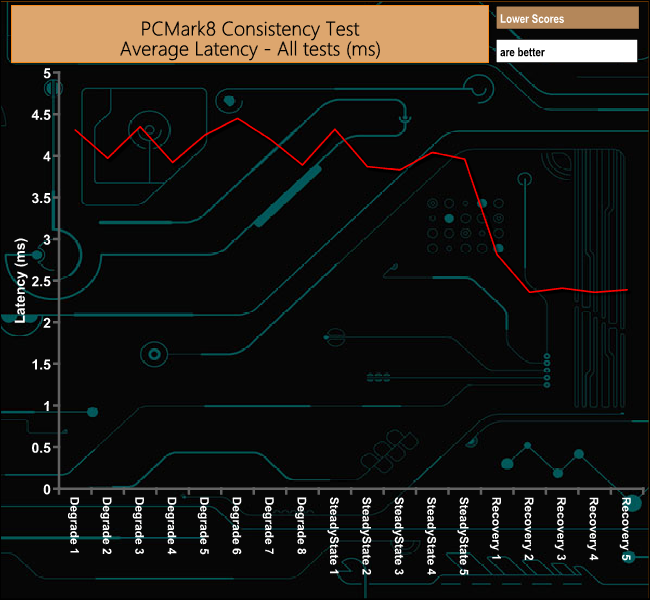 The NX500 dealt with the rigours of PCMark 8’s Consistency test without too many problems and it certainly recovers very well from the ordeal, averaging 550.47MB/s during the recovery phase.