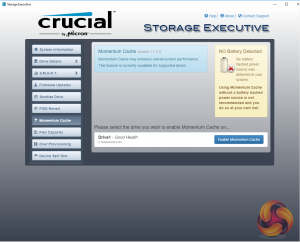 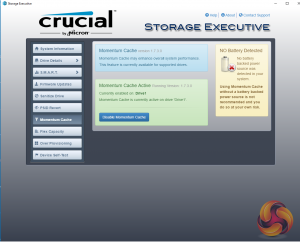 Crucial’s Momentum Cache technology is an intelligent software driver that dynamically leverages unused system memory to enhance burst performance and to overcome the fact that SSDs typically have better read performance that write. Momentum Cache will use up to 25% of available system memory, though no more than 4GB. Control over turning the technology on or off lies in Crucial’s Storage Executive utility. 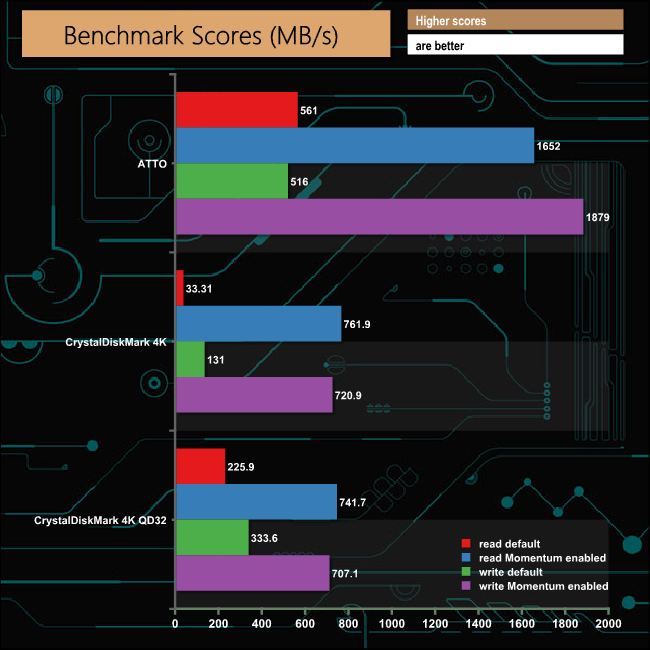 As you can see, turning on the Momentum Cache has a stunning effect on benchmark scores but not only writes, reads get a massive boost too, especially 4K reads. The Sequential read/write performance of the drive when the Momentum technology is applied is stunning with reads jumping from 561MB/s to 1,652MB/s and writes rocketing from 516MB/s to 1,879MB/s in the ATTO benchmark. 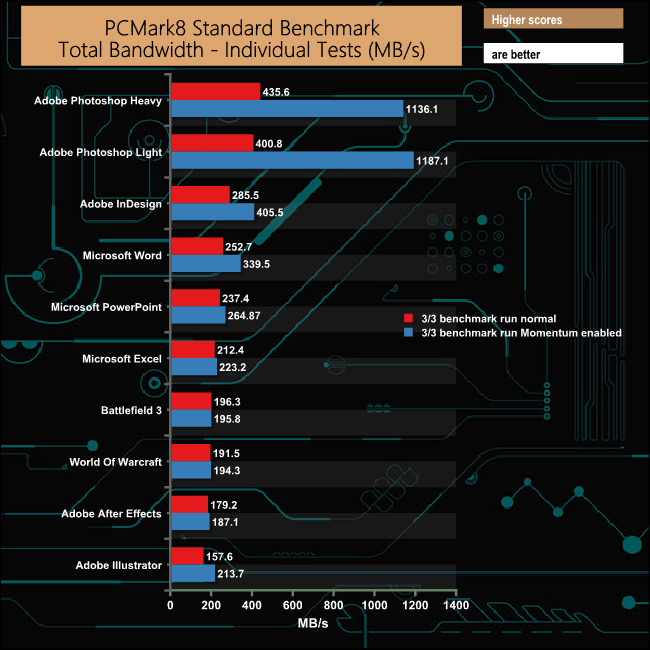 The only two tests in the third and final run of the standard PCM8 Storage Test to get a real boost from the technology are the two most demanding Adobe Photoshop ones. The bandwidth rockets from 400.8MB/s to 1,187.11MB/s in the Photoshop Light test and from 435.6MB/s up to 1136.1MB/s for the Photoshop Heavy trace. The Adobe InDesign, Word and PowerPoint tests all get a boost but nowhere near as much as the two Photoshop tests.

So the Momentum Cache gives benchmarks a real boost up to some impressive levels. But how about real life situations. 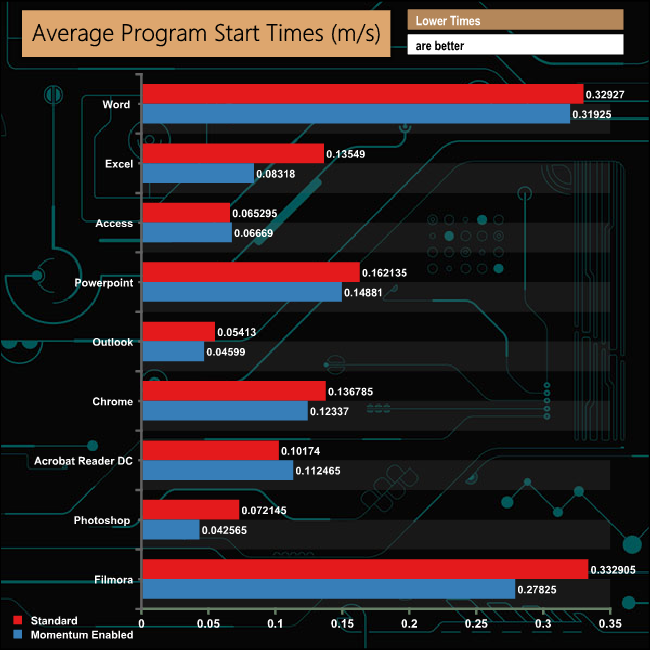 We used a variety of different applications and measured their load times to see if the Momentum Cache made any difference. The short answer is no, not really. In fact as we’re talking milliseconds, you won’t notice the difference if there is any advantage. 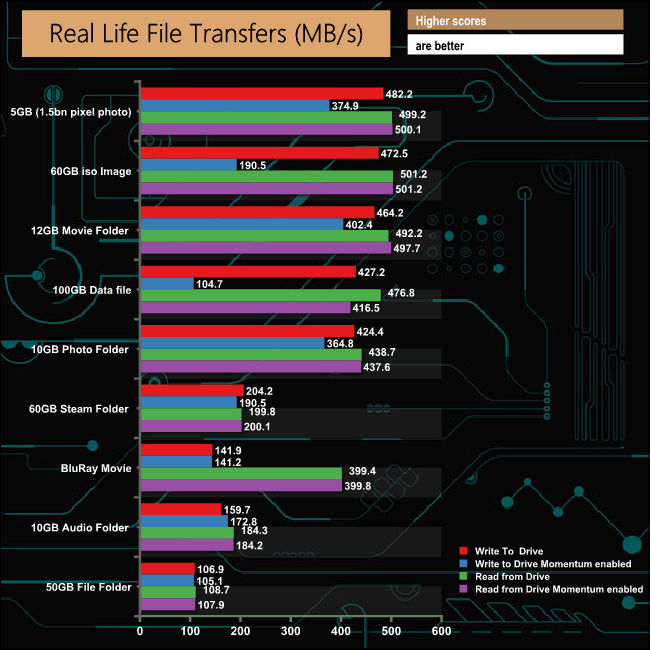 It’s much the same story with the real life file transfers, the Momentum technology making not much difference and in the case of the 60GB iso and 100GB data file transfers actually making the transfer a lot slower.