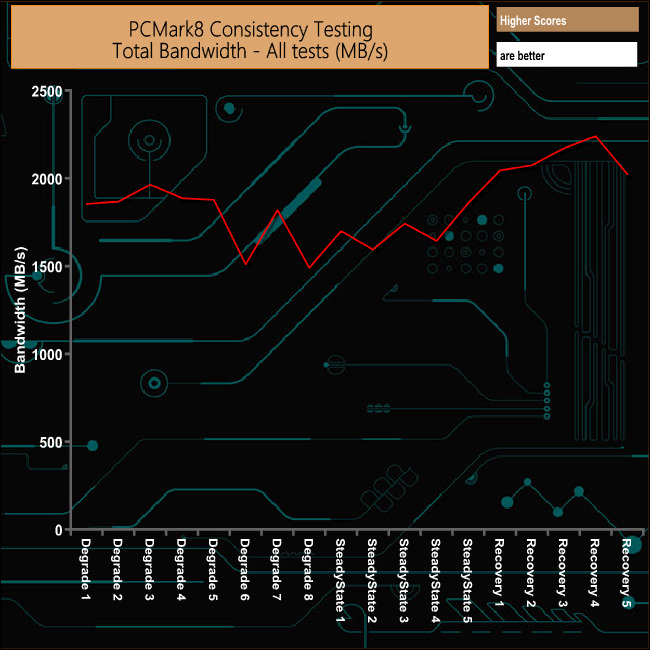 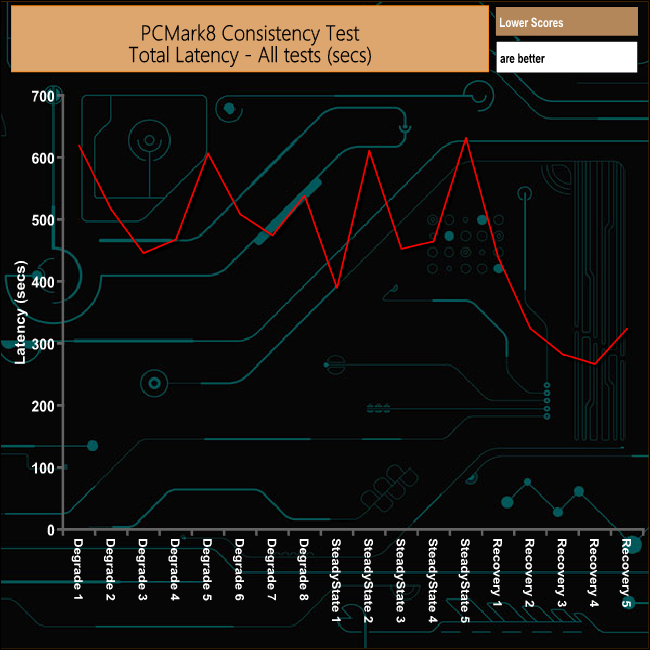 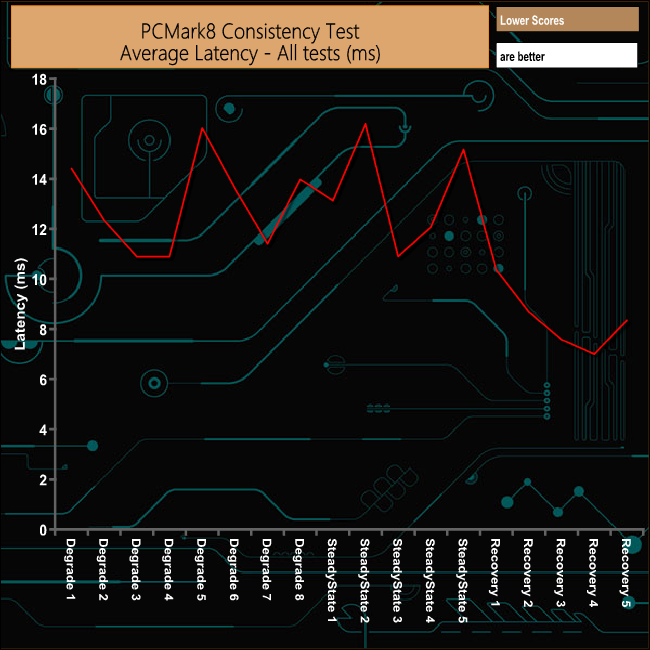 The MX500 performs reasonably well in PCMark 8’s Consistency Test despite a couple of falls in performance during the Degradation stages. It starts to recover well from the ordeal but oddly the performance drops back in the last Recovery run.